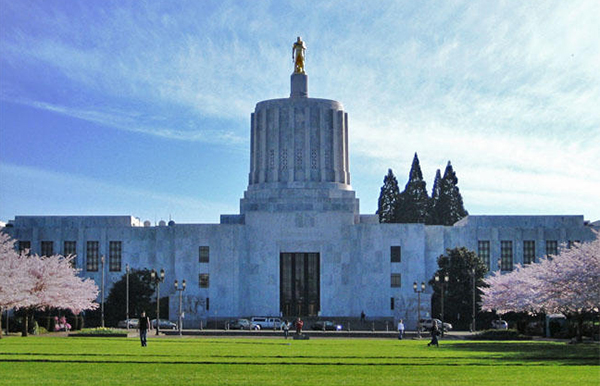 BREAKING NEWS:
The fracking moratorium (HB 2711 A) has passed the House in a bipartisan 33-25 vote!

Testimony in favor of HB 2711-A from Rhett Lawrence, Conservation Director for the Oregon Chapter of the Sierra Club

The letter Beyond Toxics signed on to…

To members of the Oregon State House of Representatives…

HB 2711 A institutes a 10-year moratorium on hydraulic fracturing – or “fracking” – for oil and gas in our state. Given the indisputable impacts of fracking in other states on surface water, ground water, and public health, among other things, we would be very concerned if oil and gas fracking were to occur in Oregon. 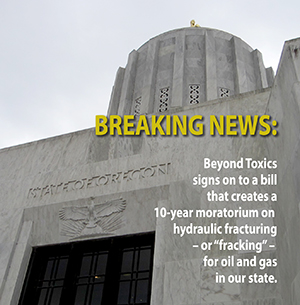 However, because there are currently no oil or gas fracking operations in Oregon, there would be no immediate operational or economic impacts from imposing a moratorium in our state. In addition, because this moratorium applies only to oil and gas fracking, it would not affect similar hydraulic fracturing processes used for geothermal energy, such as those that have been proposed for the Newberry Volcano area in central Oregon.

Ultimately, what HB 2711 A will do is allow us to take our time in figuring out how to address the known concerns about fracking for oil and gas before they become a problem here. While we do not believe that there is any “safe” or environmentally responsible way to frack, this bill lets us take the time to look closely at the devastating impacts that oil and gas fracking has had across the country and to figure out how to avoid such issues in Oregon. We cannot stand by and ignore the hazards that fracking could bring to our state, so we believe that a moratorium is entirely appropriate.