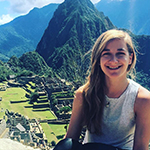 Nicole Metildi, President
Nicole is a senior coordinator at JLA Public Involvement where she works with statewide and local agencies to meaningfully engage the public in creating solutions for projects that directly affect them. She recently graduated from OSU with a Masters in Rhetoric and Composition. In her thesis, she studied the messaging and rhetoric of the Portland Clean Energy Fund ballot initiative campaign and how organizers centered those first and worst impacted by climate change and environmental injustice. Nicole is honored to serve as Beyond Toxics’ board Co-President and help Beyond Toxics advance policies that ensure meaningful participation and cultivate grassroots leadership from Oregon’s frontline and impacted communities. 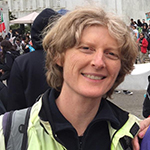 Cameron Hubbe, MSW, Vice President
Cameron Hubbe has worked for Peace Health as a Medical Social Worker for 15 years, and before that, worked with children and youth. She became active on environmental and social justice issues as a teenager, and found her passion using listening partnerships as tool for social change, alliance building, and the de-transmission of intergenerational trauma associated with oppression. She is active with Sustaining All Life and United to End Racism. Cameron is 2nd generation European-American, raised Quaker, and an active member at Temple Beth Israel. She hopes to help build a broad-based movement that can protect human and all life from catastrophic climate change. 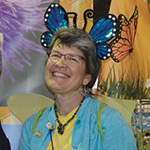 Kristina Lefever, Secretary
Soon after moving to Ashland in 2012, Kristina became involved in the movement to help save our bees and other pollinators. As a leading member of Pollinator Project Rogue Valley, Chair of Bee City USA Ashland, a member of the Ashland Garden Club, and a certified Jackson County Master Gardener, Kristina often gives presentations about pollinators and other beneficial insects, the plants and habitats that will best support them, and the harm pesticides cause to us and our ecosystems. Kristina and her husband turned their barren property in Ashland into a pollinator garden, with many native plants, trees, and dandelions. Her dream is that everyone’s yard will include a little or a lot of pollinator habitat, even if it’s just a pot of lavender on the porch. 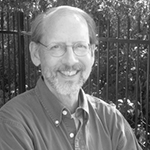 Wayne Lottinville, Treasurer
Wayne is Founder and Chief Investment Officer of Cascadia Investment Consultants, an investment management firm he launched in 2003. He has been and continues to serve as treasurer for various political-action and education groups based in Oregon. These are working for a government accountable to the health and well-being of ordinary citizens above the moneyed influences of corporate interests. He has past experience in newspaper publishing, professional photography and editorial work, and spends time year in Mexico each year honing his Spanish language skills. 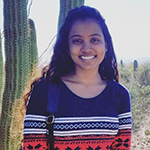 Pradnya Garud
Pradnya Garud is a Ph.D. candidate in the School of Geography, Development, and Environment at the University of Arizona and holds a courtesy research assistant position in the Department of Sociology at the University of Oregon. She received her Master of Science in Environmental Sciences from the Institute of Science and completed a Post-Graduate Diploma in Disaster Preparedness and Response at the Tata Institute of Social Sciences, both in Mumbai. Prior to starting the Ph.D. program, she worked as a research and advocacy associate at a human rights organization in New Delhi, India. Her research interests are at the intersection of environmental and human geography, and her most recent research work focuses on analyzing urban gardening and its impacts on food insecurity, urban spaces, and environmental conservation in India. 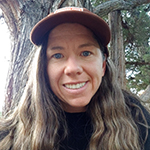 Felice Kelly, Ph.D.
Felice is a scientist who is interested in biology at a wide range of scales. She works as a senior scientist studying the basic biology of parasitic diseases at Oregon Health and Science University. She’s also deeply concerned about the climate crisis and is an active volunteer leader for 350 Portland. Felice wants to see Oregon’s forests reach their potential for globally significant carbon sequestration, as well as their value for protecting community drinking water. She holds a Ph.D. in Biology from Rockefeller University and completed postdoctoral studies at Stanford University School of Medicine. When she’s not nerding out about microbiology or forests you can usually find her trail running. 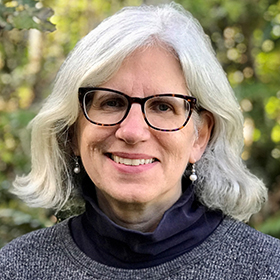 Kathleen Sullivan
Kathleen moved to Oregon in 2003, and lives on the North Coast. She recently served as a Clatsop County Commissioner (Chair 2020), and the Clatsop County representative on the Forest Trust Lands Advisory Committee and the Northwest Senior and Disabilities Services Board. During her service as a commissioner, Clatsop County became the lone forest trust land county to opt out of the Linn County Lawsuit, reasoning that the greatest permanent value for public forest land is balanced forest management that includes revenue, climate, recreation and habitat. She currently serves on the Governor’s appointed North Coast Regional Equity in Recovery Council. Kathleen believes community involvement is an essential factor in good governance. 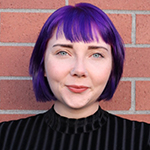 Rayna Viles
Rayna is an undergraduate student at the University of Oregon majoring in Arts Management with minors in Planning, Public Policy and Management, Native American Studies and Business Administration. Her research interests include Indigenous feminism and cultural revitalization. She is pursuing a career in strengthening communities through cultural programming and planning initiatives. A citizen of the Confederated Tribes of Siletz Indians with Sixes, Joshua and Chinook ancestors, Rayna grew up in the West Eugene Area.

Beyond Toxics Advisory Board