Time and time again, vulnerable and disadvantaged communities in Oregon have been disproportionately impacted by poor land-use decisions. Often these decisions are made without input or consent from the people poised to bear the brunt of their impact. It is precisely this structural inequality Beyond Toxics seeks to address through their promotion of HB 2488 in the state legislature.

One of Oregon’s most notorious examples of unjust land-use practices is exemplified in the devastating flood that rampaged through Vanport City in 1948. 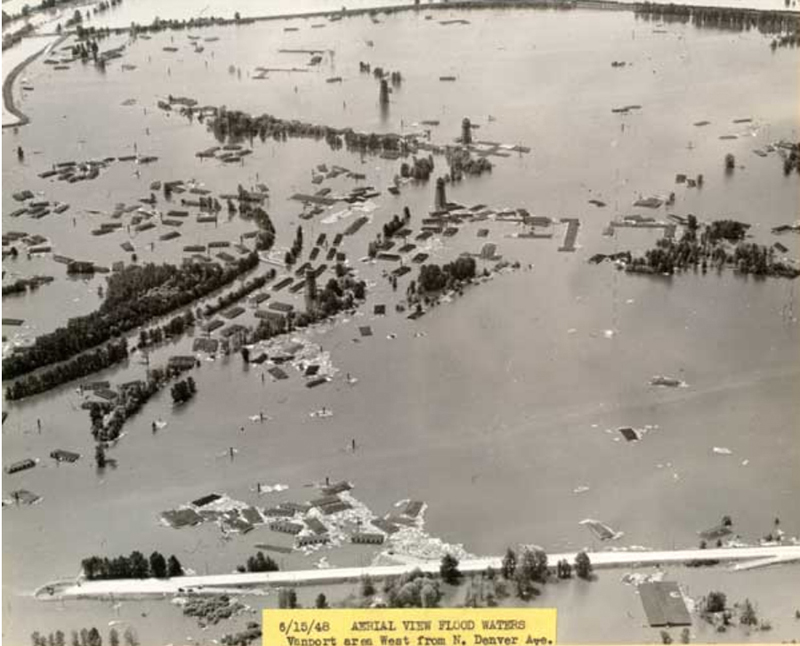 1948 aerial photo of Vanport, OR flooded is courtesy of The City of Portland Archives and Records Management

Vanport City was hastily built to accommodate the influx of Black Americans seeking to fill the labor shortage in Portland’s shipyards. Due to a general disregard for the unwelcomed low-income white and African American shipyard laborers and their families and the economic incentive to build cheap housing away from Portland’s neighborhoods, the city was built in the Columbia River floodplain between sloughs and two shallow lakes. Vanport was known as the “Negro Project” although at its peak, 40% of the population was black. When the Columbia River flooded, the city was submerged 15 feet under water. Over 18,000 people were left homeless, the majority identified as African American. Here too, the state was slow to admit responsibility and respond to the vulnerability they had created through policies that disadvantaged people based on race and income. (Sources include: Streetroots, Black Past)

We may think that land-use policies that disproportionately affect Black, Indigenous, and communities of color are a thing of the past, but that could not be further from the truth. Just last week, disturbing information came to light regarding the disrespectful treatment of Native American Tribes by the Pacific Connector Gas Pipeline and the Jordan Cove liquefied natural gas export terminal in Coos Bay. The project aims to construct a 229-mile, 36-inch-diameter natural gas pipeline to connect Malin in Klamath County in South Central Oregon to Coos Bay. 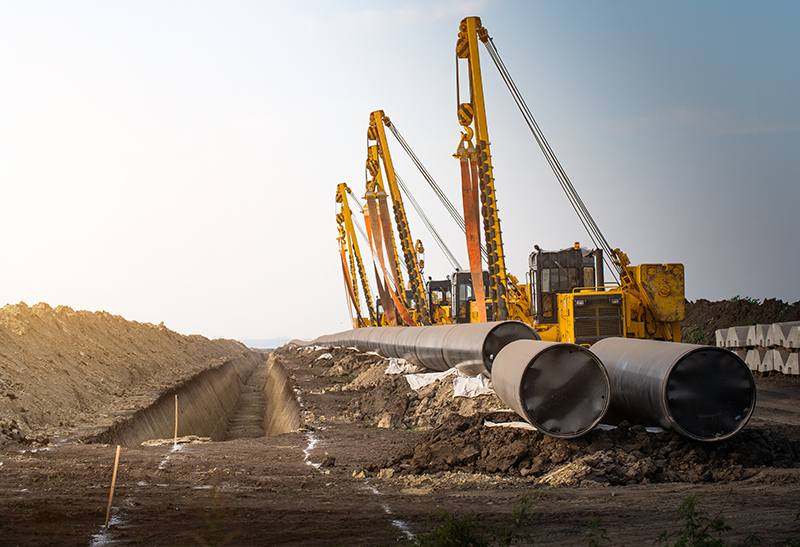 Oregon Tribes and environmental groups alike oppose this project for its proposed disruption of sacred burial grounds and harm to marine ecosystems. As proof to substantiate the requirement to protect important cultural sites that would be decimated by the pipeline and coastal export terminal, the Confederated Tribes of the Coos, Lower Umpqua and Siuslaw had to share locations of their ancestral burial grounds. Documentation is required under Goal 5, the state land-use planning goal adopted to protect natural and cultural resources. Although burial grounds are sacred and the locations should never be disclosed, the company building the pipeline/terminal publicly divulged the locations. This disrespectful treatment may, in fact, jeopardize the protection of sacred sites. This practice shows a blatant disregard for the rights of people directly affected by proposed land-use changes.

Fortunately, in January 2021 federal energy regulators upheld Oregon’s decision to deny a water quality certification for the proposed terminal and its feeder pipeline.

While the permit denial is a huge win for community organizations, the land use process did not protect the rights of the local Tribes to protect the privacy of their cultural and historical information. Nor did the land use process give the Tribes the right to mutual consultation when a massive land use decision was proposed on their ancestral lands. Furthermore, there were no required criteria to judge the climate impacts of constructing a liquefied natural gas terminal and a gas transmission pipeline and its infrastructure across southern Oregon.

While this project may be dead, similar projects will likely arise. As we move towards rebuilding the devastation left behind from last year’s wildfires, it is crucial to have land-use policies that are universally equitable and require criteria to reduce climate warming. This is the gap Beyond Toxics seeks to address with the passage of HB 2488. Among other things, this bill establishes a framework for participatory decision-making that ensures greater involvement of impacted communities as well as meaningful and respectful consultation with Tribal governments.

We need your help to pass landmark legislation to update Oregon’s nearly fifty year old set of laws that determine who participates in land use decisions! Beyond Toxics is promoting HB 2488, a law that can bring climate and environmental justice standards to Oregon’s land use planning system. 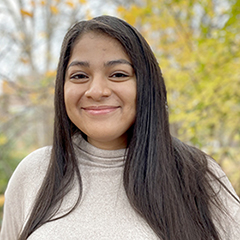 Soon we will provide opportunities to give your input to our state legislators. In the meantime, you can visit our Environmental Justice Campaigns Take Action page to learn how to submit your testimony to critical public hearings coming soon at the State Legislature.

Reference:
The Time Nature And Racism Teamed Up To Wipe Out A Whole Town by Kenya Downs, NPR