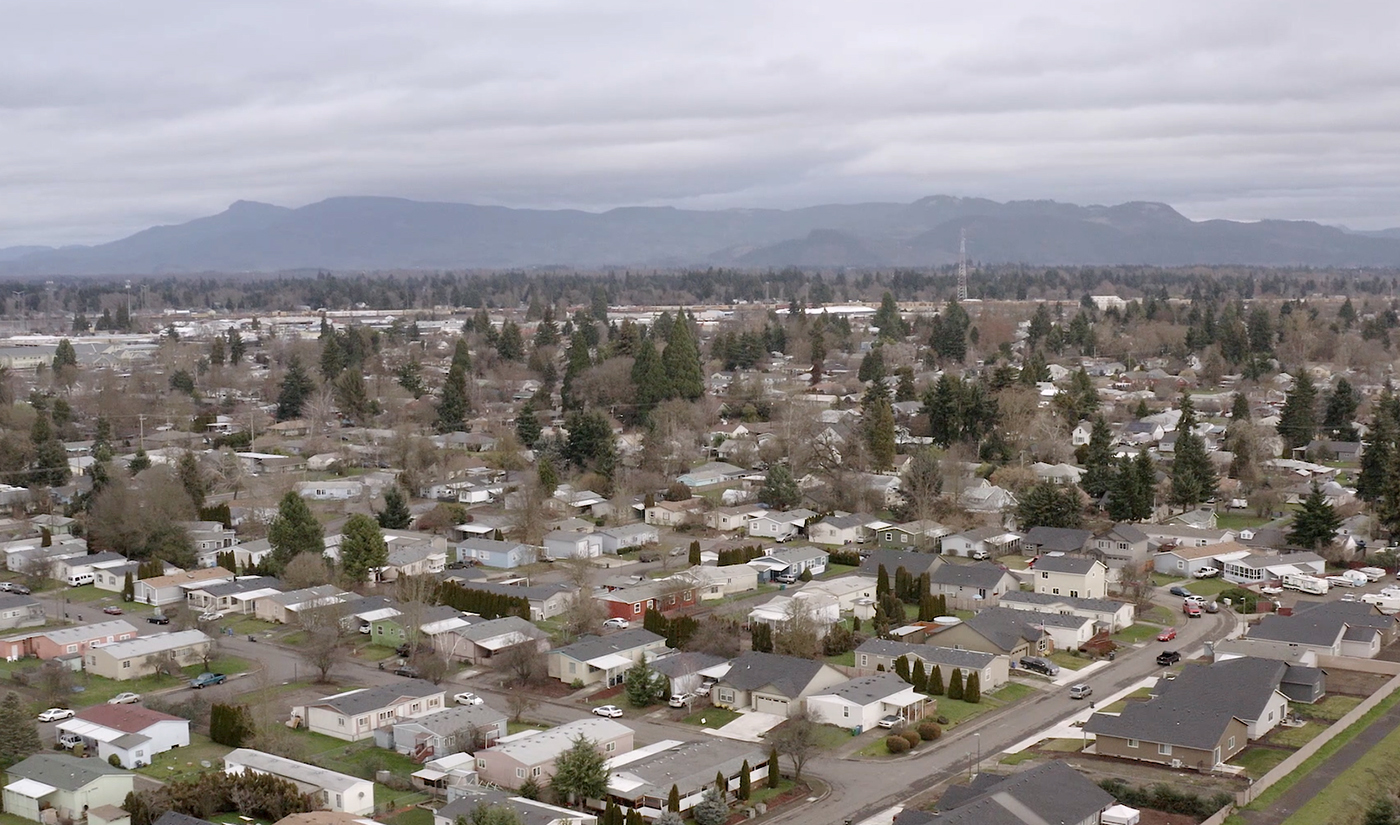 A view of a Bethel area neighborhood across from the now-shuttered J.H. Baxter creosote factory.

The people of west Eugene’s Bethel neighborhood have endured decades of increased health risks from close proximity to toxic polluters. For years, state regulators and city officials have provided little to no oversight to address the industrial pollution directly within the west Eugene community. The city must act now to use its authority to end the ongoing harm to our communities and environment from industrial polluters.

At Beyond Toxics we are advocating for new land use codes the City can amend to step up its ability to protect the public from dangerous pollution. A Public Health Overlay Zone (PHOZ) is an innovative, new land use policy that would add an additional layer of public health protection to Eugene’s City Code. While overlay zones are not new, this PHOZ is the first of its kind to exclusively prioritize community health for industrial zoning in Oregon. If adopted by city leaders, it would limit toxic industries near west Eugene homes, schools, and parks to improve quality of life. The PHOZ would restrict certain harmful heavy industrial land uses with the highest likelihood of negative impacts on public health. It would also set up buffers and setbacks to reduce residents’ exposure to air emissions.

Several cities in the United States already implement overlay zones that make a meaningful difference in people’s lives and health. For example, in Thurston County Washington, the “Industrial District” overlay zone protects residential and other non-industrial areas from adverse impacts from industrial activities. This zoning allows for the manufacturing, repairing, or servicing of goods and products when the business has a minimal negative impact on the environment and the general community. It does not aim to ban industrial uses, as there are several permitted uses within the Industrial District; instead, it limits the harmful impacts of industrial businesses.

The City of Portland, Oregon, offers another example. There, the Environmental Protection Overlay Zone aims to provide the highest level of protection to natural resources, such as streams and wetlands. This overlay zone encourages developers to innovate toward the continued viability of protected resources. One of many benefits includes a buffer between noise, fumes, and lights associated with industrial and commercial uses and the nearby protected urban ecosystem. By implementing this overlay zone, Portland demonstrates support for a balanced ecosystem within the city.

Having criteria already in place to prevent toxic pollution next to where Eugene residents work, play, and live provides vital protection for communities within the overlay zone. A PHOZ would prevent housing and schools from being built directly next to industrial factories and put a buffer between toxic polluters and residents.

Had a PHOZ been in place, Eugene’s city code could have prevented the decades-long operation of the J.H. Baxter facility and the resulting harm. We feel this kind of overlay zone is an essential land use planning tool to ensure the community devastation from J.H. Baxter never happens again. Instead, a PHOZ would promote healthy and sustainable future developments in Eugene by restricting the worst polluters. A healthier and safer environment makes Eugene more livable, resilient, and vibrant--adopting a PHOZ helps us meet that goal.

Neighborhoods in west Eugene have suffered from polluters like J.H. Baxter for far too long. The creation of a Public Health Overlay Zone would create additional public health protections to prevent bad actors like J.H. Baxter from locating in Eugene. If you agree this policy would be beneficial for our city, take action to sign the petition to Mayor Vinis and Eugene's City Council asking for a Public Health Overlay Zone and let Eugene’s leaders know a healthy city is the kind of city you want to live in.