With the vigor and fresh perspectives of three new staff joining us in 2017, Beyond Toxics provided an even greater variety of relevant and exciting events across Oregon.

SCIENCE
Our events included a Summer Bee Count that provided key data to assess the health of native bees in restored habitat near the Willamette River managed by the Walama Restoration Project. This kind of innovative event serves to bring hands-on experience to those interested in the science of pollinator protection. (Sign up to volunteer: volunteers@beyondtoxics.org.) We also hosted a Science Pub to explain the science behind the need to save pollinators. Last winter, Beyond Toxics, Pollinator Project Rogue Valley and OSU Extension worked together to provide a weekend forum on how bee-killing neonicotinoids impact ecosystems and food diversity in the Pacific Northwest. 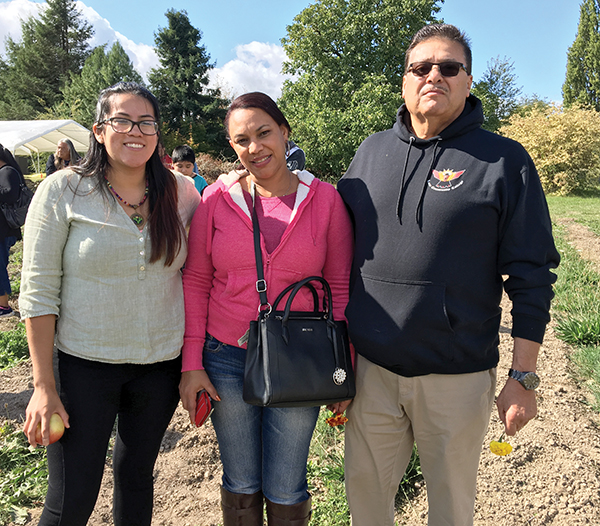 ENVIRONMENTAL JUSTICE
Beyond Toxics continued to exert remarkable influence on the way Oregon acknowledges and respects environmental justice principles in air, agriculture and forestry policies. Community input will be critical to moving Oregon to increase protections for farm workers and end the monopoly of Big Ag and Big Timber’s voice, as in years past. We also opened a new satellite office in Phoenix, Oregon to build out our work on environmental health and justice. We are providing a consistent presence for pesticide pollution work for impacted communities, as well as supporting the work of allies to stop the Jordan Cove LNG export terminal and its pipeline. 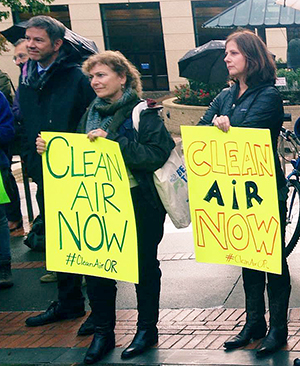 AIR POLLUTION
On the air pollution battlefront, Beyond Toxics continued to work with other groups around the state to bring a scientific and public interest approach to changing how state agencies regulate industrial air pollution. Beyond Toxics’ advocacy for Toxics Right-To-Know activated the DEQ to require polluters to report their air toxics emissions, a landmark win!

OREGON LEGISLATURE
In the 2017 legislature, Beyond Toxics brought forth four new Oregon bills that addressed harm from air pollution and pesticides. Several key state champions, and many members, stepped forward to provide support in the state capitol. Sadly, corporate interests and the usual pressures of a severely limited budget held back successful passage of all four. However, new bonds with key leaders were forged and Beyond Toxics found that in several instances, government held a seat at the table for our input in state-level decision-making. It appears the Oregon Pollinator Protection Act (OPPA) has inspired an unbeatable alliance of businesses, non-profits, and individual Oregonians to bring our agenda to the next legislative assembly in 2019. 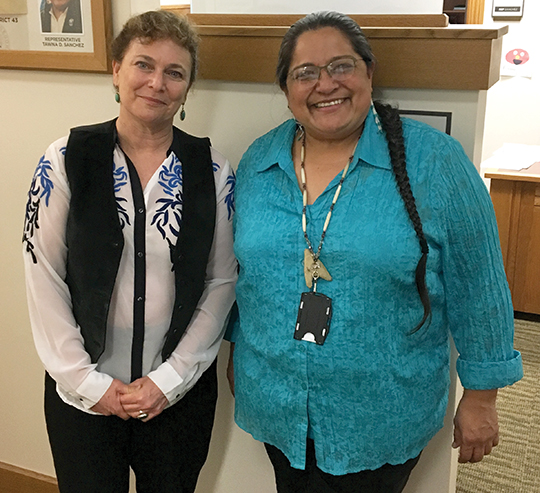 Lisa Arkin met with Rep. Tawna Sanchez during the 2017 legislative session in Salem.

RESILIENT FORESTS
For the second year in a row, we held several tours of resilient forests, thereby bringing to the state’s dialog invaluable practical examples of what the future of forestry looks like. Our forest tours challenge legislators to think out of the box to help find ways our society can better adapt to rapidly changing climate conditions and water quality and quantity problems.

In 2018, Beyond Toxics will continue our unique approaches and groundbreaking research—unafraid of speaking truth to power in the interest of environmental justice.