On Sunday, Oct. 8th, Beyond Toxics is hosting the first 2 showings of DOLORES, the NEW documentary about Dolores Huerta, the co-founder of the United Farm Workers and tireless advocate for labor and civil rights. Co-sponsored by UO Coalition Against Environmental Racism.

Remember when vulnerable farm workers, led by Cesar Chavez and Dolores Huerta, staged the impassioned grape boycott of the 1960s? By inspiring average American families to stop buying California grapes, the boycott overcame the power of entrenched agro-business corporations to win a victory for better salaries and work conditions.

Dolores Huerta was a fearless activist and spokeswoman for farm workers. Come hear the story of this 20th century heroine and how she lifted up the cause of human rights and worker rights to arouse the support of millions of Americans.

JOIN US! We will be hosting the 12:30 pm (1st) and 2:45 pm (2nd) showings* of the film on Sunday, Oct. 8th of “Dolores” at the Broadway Metro movie theater (541-686-2458 | 43 W. BROADWAY). Lisa Arkin, Exec. Director of Beyond Toxics will introduce this special showing and will include a brief video clip from an Oregon field worker who testified at a recent Environmental Justice Task Force meeting. [see the trailer and reviews below…]

The same afternoon, we will gather in the Bascom-Tykeson Room of the downtown Eugene Public Library for “Plight of Oregon Migrant and Farm Workers” a panel and public discussion about what’s going on today regarding farm worker rights and related issues in Oregon.

For more about the film, Dolores

* We encourage you to see the film before attending the forum. If you can’t make the second showing on Sunday, Oct. 8th, there will be several other film showings prior to our scheduled forum (the film opens on Friday, Oct. 6th). See the Broadway Metro web site for details.

Film Reviews…
Audiences and Critics Are Buzzing About ‘Dolores’
The new documentary film from Peter Bratt that tells the story of Dolores Huerta is now playing in Eugene and Portland and cities across America.

DIRECTED BY PETER BRATT | STARRING DOLORES HUERTA
Dolores Huerta bucks 1950s gender conventions by starting the country’s first farm worker’s union with fellow organizer Cesar Chavez. What starts out as a struggle for racial and labor justice, soon becomes a fight for gender equality within the same union she is eventually forced to leave. As she wrestles with raising 11 children, three marriages, and is nearly beaten to death by a San  Francisco tactical police squad, Dolores emerges with a vision that connects her newfound feminism with racial and class justice. | What You Should Know About Dolores Huerta, The Civil Rights Icon (Fortune Magazine)

“She has made activism an art form.”
THE NEW YORK TIMES

“There is something urgent about telling her story right now, if only to prove that change is possible.”
TEEN VOGUE 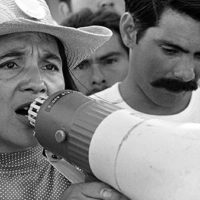 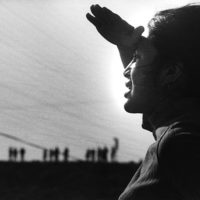 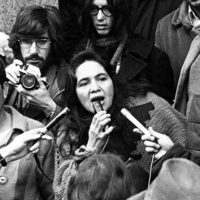 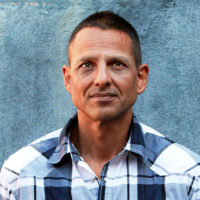