[Eugene, OR ] – Oregon Governor Kate Brown has proclaimed August 15th, 2015 to be Oregon Native Bees Conservation Awareness Day. The Governor took action in response to a request by Beyond Toxics, an Oregon-based environmental health organization. Native species of bees are in jeopardy from environmental stresses including habitat loss, disease and pesticides.

According to the proclamation signed by Governor Brown, “Oregon’s native bees are essential pollinators in ecosystems that support the reproduction of flowering trees and plants, including the fruits and seeds that are a major part of the diet of approximately 25% of all birds and mammals.”

“Oregon has played a leading role in protecting bees,” stated Lisa Arkin, executive director of the Oregon environmental health non-profit. “I’m pleased that Oregon is the first state to formally acknowledge the importance of protecting wild and native bees.”

Beyond Toxics lauds the Governor for her proactive stance to encourage awareness and individual action to reverse the decline of native bee populations. Five North American species of wild bees are suffering severe population losses and two are on the brink of extinction. According to researchers at Oregon State University, the recent losses of European honeybees has focused attention on the role of native and wild bees as increasingly important agricultural pollinators.

More than 70% of America’s food sources depend on bees. A study published in the April 2006 issue of Bioscience reported that native insects pollinate $3 billion per year in crops in the United States. In Oregon alone, both native and honey bees provide pollination for over $600 million in crops grown by Oregon farmers each year. Native bumble bees are some of our most efficient pollinators and are particularly important to the production of Oregon premier crops such as cranberries, blueberries, marionberries, apples and cherries.

If the mother native bee does not return to her nest, all her offspring and future generations perish. This means that the survival of each native bee is essential to ecosystem biodiversity. In Oregon’s Willamette Valley, there are at least nineteen different species of native bees.

After as many as 100,000 bees dropped dead in poisoning incidents during 2013 and 2014 Beyond Toxics called upon the Oregon Department of Agriculture to ban neonicotinoids. In 2015, the agency made it illegal to use pesticide products containing four neonicotinoids on linden, basswood or other Tilia species trees.

“Conserving native bees through natural habitat preservation, enhancing pollinator gardens and reducing pesticides is something every Oregonian can do,” Arkin observed. “The future of food and ecosystem diversity depends on it.”

This press release is being co-released by Beyond Toxics, Friends of The Earth and Participant Media. 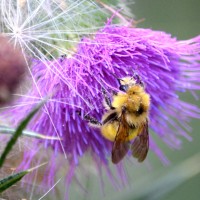 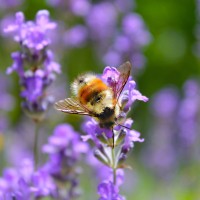 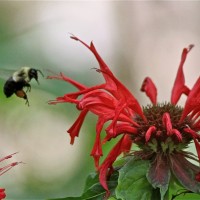 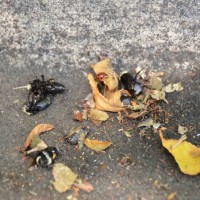 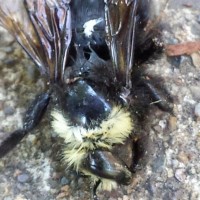 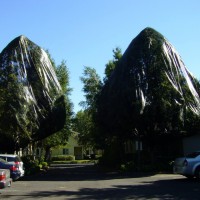 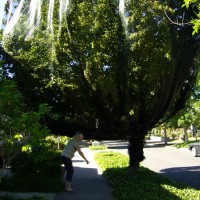 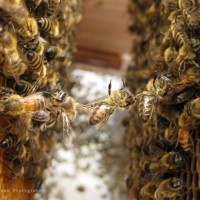 Beyond Toxics’ Mission
Beyond Toxics works to guarantee environmental protections and health for all communities and residents, regardless of their background, income or where their home is located. We expose root causes of toxic pollution and help communities find solutions that are appropriate to their needs.

Beyond Toxics is a 501(c)(3) non-profit organization and all contributions are fully tax-deductible. Please
consider giving a gift of a Beyond Toxics membership to a friend or family member!