Read the Jan. 25, 2020 Report on the
Community Health Survey Results

We watch out for your air in the community as well as at the legislature! Rosboro Lumber has been issued a $9,000 penalty for excess emissions after LRAPA investigated a complaint we filed in July. BIG THANKS LRAPA for working to protect our air from industrial pollution!

The right to clean air is a fundamental human right. Without air, human beings would cease to exist. Yet every day, toxic substances are released into the air we breathe and this can affect us in many ways. Congress established the Clean Air Act in 1970, as a federal effort to reduce smog that plagued cities throughout the US. The Environmental Protection Agency (EPA) was also established this year to carry out the law. Under the Clean Air Act, states are given the responsibility of meeting air quality standards set by the EPA. 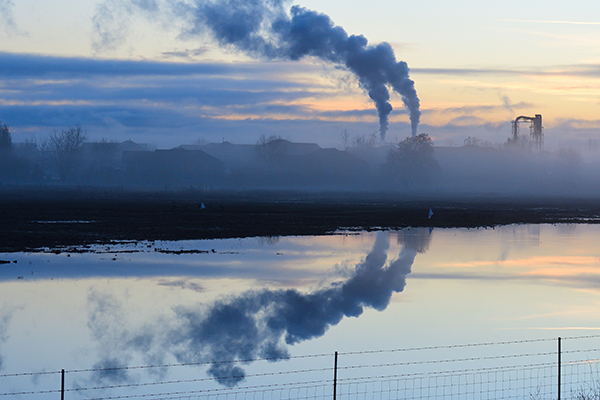 Low-income and communities of color are likely to live in areas where pollutants exceed amounts set forth by EPA regulation. Furthermore, in Oregon and throughout the US, these communities rely on jobs provided by the industries that emit toxic substances into the air they breathe. Needless to say, air pollution carries social, environmental, health, and economic consequences.

Beyond Toxics is committed to mitigating the effects of air pollution by improving state and local air quality policies, mobilizing communities, and working with local and regional partners to reduce diesel particulate, fine particulates, hazardous air pollutants and other toxins released into the air.