As leaders in the environmental community, we write you to voice our deep concerns regarding damaging biomass provisions in the Energy Policy Modernization Act and the Interior Appropriations bill. Specifically, we are concerned about the energy bill’s language that directs federal agencies to “establish consistent policies” that “reflect the carbon neutrality” of wood energy and the language in the appropriations bill that exempts biomass carbon emissions from “regulation, control, or action” by the Environmental Protection Agency (EPA).

We would like to highlight two reasons why we are opposed to these provisions: (1) classifying biomass as carbon neutral is scientifically inaccurate, and (2) a classification of carbon neutrality poses serious implications for the climate, our forests, and public health. Our worry is that such a policy would facilitate the release of sequestered CO2 that would otherwise remain sequestered in the forest.

An increased reliance on energy produced from industrial biomass would result in a sudden rise in carbon emissions, thus undermining Oregon’s commitments to reduce carbon emissions and potentially compromising the Clean Power Plan and the historic Paris Accord.

1. The Accounting Problem
While there are climate benefits associated with some forms of biomass energy production, these benefits do not universally apply to all scenarios and therefore any a priori designation of carbon neutrality is inaccurate. Accounting for the carbon emitted during the combustion of biomass is an inherently complicated process and thus demands a careful scientific analysis conducted by the
EPA.

Indeed, the White House, the EPA, and the EPA’s panel of scientific advisors have all recognized this complexity and determined that not all forms of bioenergy can be designated carbon neutral.

According the EPA’s Science Advisory Board, There are circumstances in which biomass is grown, harvested and combusted in a carbon neutral fashion but carbon neutrality is not an appropriate a priori assumption; it is a conclusion that should be reached only after considering a particular feedstock’s production and consumption cycle. There is considerable heterogeneity in 4 feedstock types, sources and production methods and thus net biogenic carbon emissions will vary considerably (EPA Science Advisory Board, 2011).

The EPA has been charged to develop a differentiated approach to determine the carbon emissions from different biomass feedstocks based on the specific variables associated with the harvest, transportation, processing, and combustion of each; however, this scientifically-informed accounting scheme would be challenged by any blanket determination of carbon neutrality. Put simply, the diversity of feedstocks requires a diverse set of carbon accounting schemes.

2. Implications of the Accounting Problem
The chief concern with an inaccurate carbon accounting scheme is that it would facilitate the combustion of vast carbon reserves otherwise left sequestered in the forest. Biomass emits massive amounts of carbon when used to generate electricity, mostly because of its low energy density. Biomass has such a low energy density because of its high water content and its low burning temperature, making it an exceptionally inefficient fuel for electrical generation. Fossil fuels, on the other hand, have a high energy density, which means it takes less fuel to produce more energy. In fact, CO2 emissions from a new biomass facility are over 150% the emissions from a new coal plant and over 350% the emissions from a new natural gas plant, simply because so much more fuel is required to generate the same amount of power. This is not to say that we should be burning fossil fuels, but rather that biomass should not be treated as a viable alternative to fully replace fossil fuels.

Advocates of the biomass-as-carbon-neutral policy claim that when biomass is removed from the forest and combusted for energy, the emitted carbon is eventually re-sequestered by the forest’s regrowth; however, these proponents are quick to forget that a forest’s natural cycle of decomposition and regrowth takes many decades to over a century whereas combustion of biomass emits tremendous amounts of carbon instantaneously. The moment these biogenic carbon molecules are emitted into the atmosphere they begin to actively trap heat, thus warming our planet. In the atmosphere there is no distinction between carbon molecules derived from biomass or fossil fuels – both kinds prevent energy from escaping to space until they are eventually sequestered by the ocean, plant growth, or some other sink. A sudden increase in industrial biomass energy would spell a dramatic spike of emissions at a time when we need to reduce emissions as soon as possible.

The carbon accounting error would not only exacerbate our current climate crisis, but would also have major implications for forest health. A growing biomass industry in the state of Oregon would likely have to rely on increased forest harvest due to the fact that increased demand for fuel could not be fully supplied by mill and logging residue alone. This could likely encourage the development of new forest management strategies that aim to provide fuel to a lucrative and growing power industry instead of management strategies being developed to enhance the forest’s ecological value. Excessive thinning projects or the cutting of whole trees to fulfill the demand for fuel would be entirely unacceptable, especially as we continue to depend on our forests as carbon sinks. In fact, our ability to reach emission reduction goals under the Paris Accord will depend on our forests’ ability to sequester the same, if not more, carbon than they have in the past.

Burning biomass also creates dangerous air pollution that can lead to an array of health problems. Biomass facilities emit large amounts of particulate matter (also known as “soot”), which can cause asthma attacks, cardiovascular disease, and even death. These facilities also threaten public health in adjacent communities by emitting nitrogen oxide, carbon monoxide, and various carcinogens.
Just as there is no accurate blanket statement about the carbon neutrality of all kinds of biomass, so
too there is no all-encompassing statement about the negative climate impacts of biomass. The EPA’s differentiated approach to carbon accounting will allow us to ascertain which feedstock production cycles hold carbon benefits and which add to net emissions. Such an accounting system will be essential in effectively incorporating biomass into our transition from fossil fuels.

In conclusion, for our government to meaningfully respond to climate change our Congress must
respect the scientific process and take its findings seriously. We thank you for basing your past
policies on science and ask that you continue doing so by closing these loopholes that put the
burning of wood in the same category as true renewables such as wind and solar.

Thank you for your time, 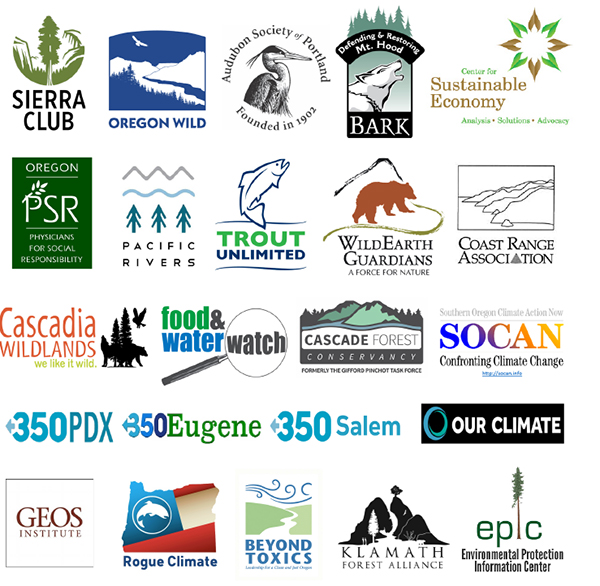