For THREE decades, thousands of Latin American immigrant and guest workers have performed much of the most grueling work in Oregon’s forests. Many have been EXPLOITED, INTIMIDATED and subjected to DANGEROUS working conditions, but widespread fear of RETALIATION has kept the ABUSE in the shadows.

America’s farm workers have been asking for pesticide drift protections since the 1970’s. Here we are, nearly 50 years later, and in Oregon, our worker protection agency is ignoring the plea for pesticide safety in worker housing located within farming operations. On July 2nd, 2017 Oregon OSHA adopted their Worker Protection Standards for farm workers and pesticides. | MORE->>

Farm workers deserve better pesticide rules
December 5, 2017 – By Lisa Arkin, David Vázquez and Raoul Liévanos
More than 1 billion pounds of poisonous pesticides are applied on farms annually in the United States, resulting in as many as 20,000 physician-diagnosed poisonings annually among agricultural workers.

Oregon Farm Workers Are Fighting for Their Lives
November 9, 2017 – By Lisa Arkin

See video clips from the event…

1) Introduction by Joel Iboa, for Beyond Toxics; followed by Dagoberto Morales, Director of UNETE Center for Farmworker Advocacy (YouTube) 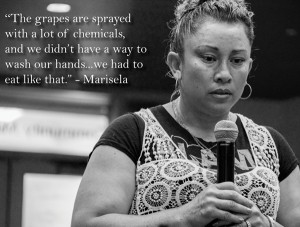 Marisela spoke about er experience as a worker in the grape fields of Southern Oregon. 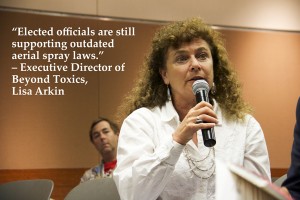 Photos from the conference (by Natalie Hardwicke, University of Oregon) 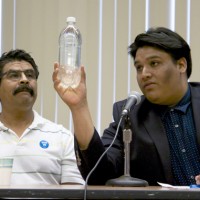 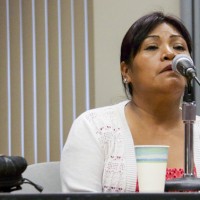 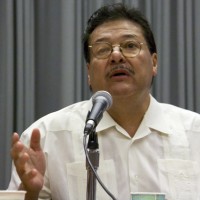 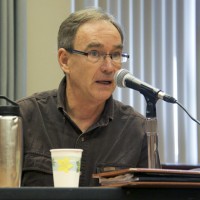 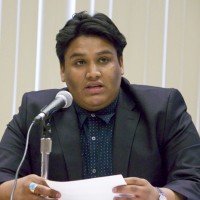 More about our Environmental Justice Project