Here in western Colorado, a few honeybees have emerged recently, buzzing tentatively among the first spring crocuses. Soon the peach, apricot and cherry trees will burst into pink and white bloom and bees will begin working in earnest, to pollinate the stone fruit that’s a mainstay of our area’s agricultural economy. Then local farmers will plant other crops – peppers, onions, squash, strawberries, melons, pumpkins, peas, beans — all of it reliant on honeybees. Nationwide, honeybees pollinate an estimated $15 billion in produce each year. 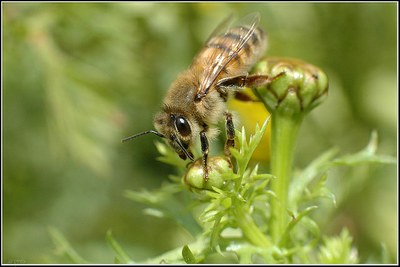 But honeybee populations are in steep decline, and have been for a decade. These days, beekeepers lose up to 30 percent of their bees each winter, compared to historic overwintering losses of 10 to 15 percent. Scientists suspect that a number of factors are to blame – parasitic mites, fungicides, disease, the stress of being trucked from farm to farm, toxic buildup in honeycombs, and an especially nasty class of pesticides called neonicotinoids produced by the gigantic chemical company Bayer (at least 30 studies have linked these pesticides to bee deaths).

Now, Oregon is taking the lead in protecting bees. Eugene just became the first city in the nation to ban neonicotinoid pesticides. In late February, the town council prohibited the use of such pesticides on all city parks and open space (see the resolution, “Enhancing Current Integrated Pest Management in Parks”).

And on March 6, the state’s governor, John Kitzhaber, signed the “Save Oregon’s Pollinators” act. The law, declaring pollinator health “an emergency,” passed with strong bipartisan support. The final version of the bill was watered down – as introduced by Democratic Rep. Jeff Reardon, it proposed listing neonicotinoids as a restricted class of pesticides.  The compromise version doesn’t go that far, but it does require pesticide applicators to be trained in methods that protect bees and other pollinators, and establishes a state task force to study further measures to safeguard bees and propose additional legislation to address threats.

The bill was prompted by massive bee die-offs in Oregon last summer. The largest, some 50,000 bees, happened when workers sprayed trees in a Target parking lot. Stakeholders that worked on the bill include Beyond Toxics, Oregon Association of Nurseries, the Oregon League of Conservation Voters, Oregonians for Food and Shelter, and the Xerces Society. It’s meant as a short-term measure to protect pollinators until the federal government completes a review of neonicotinoid pesticides, slated to be complete by 2019. The European Union, which is typically way ahead of the U.S. on environmental and health issues, put a two-year ban on three neonicotinoids last spring. 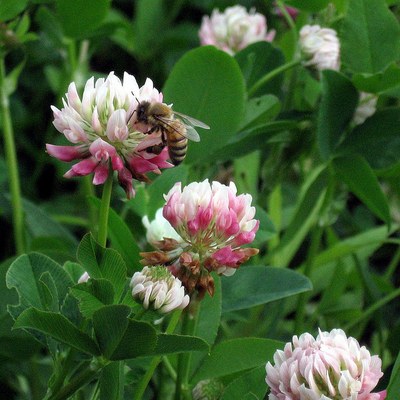 A recent federal action is meant to help bees – the U.S. Department of Agriculture plans to spend $3 million on a program that pays Midwestern farmers to replant fields with cover crops that bees like, such as clover and alfalfa, and to change grazing regimes so that bee-friendly plants can grow in pastures. Nearly two-thirds of the nation’s 30,000 commercial beekeepers bring their bees to Michigan, Minnesota, Wisconsin and the Dakotas during the summer to feed and build up reserves to survive the winter (in spring, they truck the hives to California and other states to pollinate crops like almonds and apples). But as corn and soybeans have replaced clover and other crops, less and less nectar and pollen are available for bees (and less milkweed is available for monarch butterflies). 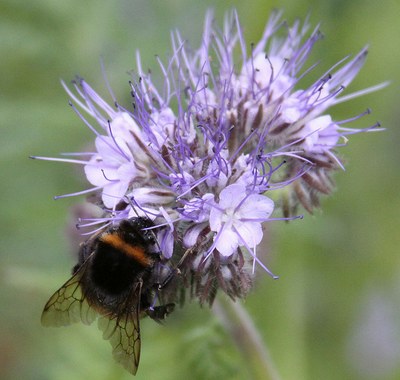 And in other pollinator news, it looks like the ills of honeybees are affecting wild bumblebees as well. A study published in February in Nature journal notes that “pathogen spillover” from domestic bees may be harming wild populations, which pollinate many wildflowers and also visit crops. As National Geographic reported,

… the researchers focused on two common and devastating honeybee diseases: deformed wing virus (DWV) – which causes wing and abdominal deformities in honeybees – and Nosema ceranae, a fungus that causes intestinal inflammation, among other problems. Both pathogens are known to have been major players in the collapse of honeybee colonies in North America and Europe.

The researchers report that about 11 percent of the tested bumblebees were positive for DWV and 7 percent for the Nosema fungus. In comparison, about 35 percent of honeybees had DWV and some 9 percent had the fungus. In the study, bumblebees with DWV lived only a third as long as their healthy counterparts.

And if we don’t manage to stabilize bee populations, what might it mean for our food supply? Well, this photo from Whole Foods Market pretty much says it all: 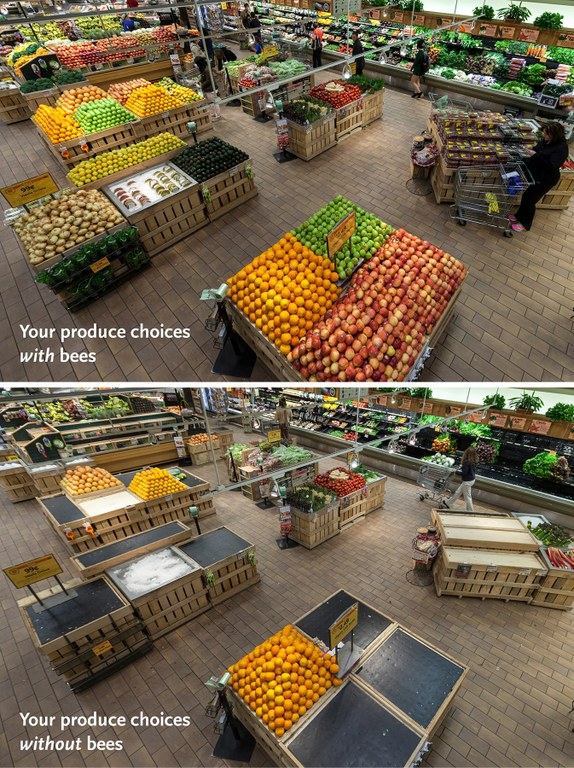 Jodi Peterson is the managing editor of High Country News.