Chris Winter is an attorney with the Crag Law Center, a public interest environmental law firm, and is representing Beyond Toxics. Winter said, “LRAPA is accepting federal money with the promise that it will protect the most marginalized and vulnerable communities in Lane County. Instead of following through on this promise, LRAPA is ignoring its obligations under the Title VI of the 1964 Civil Rights Act.”

Lisa Arkin, executive director of Beyond Toxics, says, “Neighbors in the area of West Eugene downwind from Seneca’s biomass energy plant have repeatedly expressed concerns about LRAPA’s approval of increasing amounts of particulate air pollution. We now must turn to the Office of Civil Rights to ask for help.”

Beyond Toxics has asked OCR to require that LRAPA revoke its approval of the permit modification. The U.S. EPA can also revoke federal funding for violations of the Civil Rights Act.

Beyond Toxics has also requested OCR conduct a full review of LRAPA’s programs to ensure compliance with Title VI of the Civil Rights Act, expressing its concern that the original SSE permit (issued in 2009) and other recent permitting decisions also have discriminatory effects on communities in West Eugene. 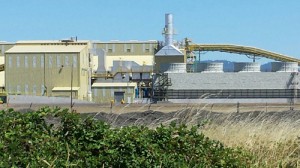 • The Civil Rights Act of 1964 provides that “[N]o person in the United States shall, on the ground of race, color, or national origin, be excluded from participation in, denied the benefits of, or otherwise be subjected to discrimination under any program or activity receiving any Federal financial assistance.”

• The Environmental Protection Agency’s regulations for implementing Title VI prohibit funding recipients from making decisions that “have the effect” of discriminating on the basis of race or ethnicity.

• The Environmental Protection Agency’s (EPA’s) Office of Civil Rights (OCR) is responsible for ensuring compliance with Title VI of the Civil Rights Act by recipients of EPA funding. http://www.epa.gov/civilrights/

• OCR has 20 days from its receipt of Beyond Toxics’ complaint to accept the complaint, and 180 days in which to issue its preliminary findings.

• OCR is empowered to recommend ways in which LRAPA can comply with Title VI, conduct voluntary compliance negotiations, and/or terminate funding to LRAPA.

See the Beyond Toxics Press Page