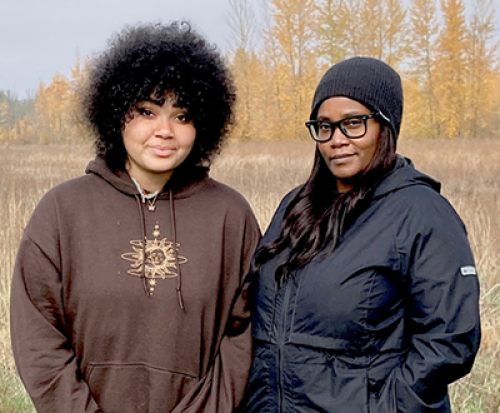 Beyond Toxics led the effort to form the Air Quality and Environmental Justice Community Coalition in West Eugene to keep working towards cleaner air for West Eugene communities.

RELATED: StoryMap
"Beautician Turned Environmentalist: Arjorie's Story," an interactive project created to highlight Arjorie Arberry-Baribeault's journey from beautician and mother to an engaged activist for environmental justice was started earlier in the year by Beyond Toxics intern, Mashal Rahmati Copperman. The StoryMap was launched in December.

We hope Arjorie's story will help inspire others to join our efforts or the efforts of neighbors in your your community for environmental justice and clean air and water.

Beyond Toxics filed a petition to the Oregon Department of Agriculture (ODA) to limit certain uses of Crossbow herbicide and similar formulations of 2,4-D Ester & Triclopyr Butoxyethyl Ester.

The petition proposed that Oregon require such formulations be registered as Restricted Use Pesticides in Oregon. (They are currently General Use products.) Discussion with ODA remains ongoing. 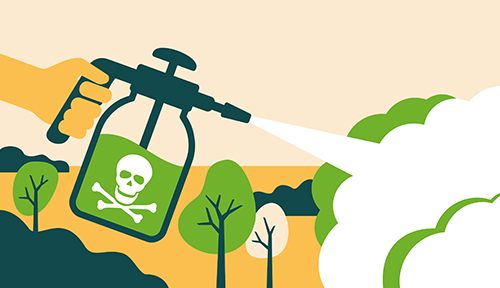 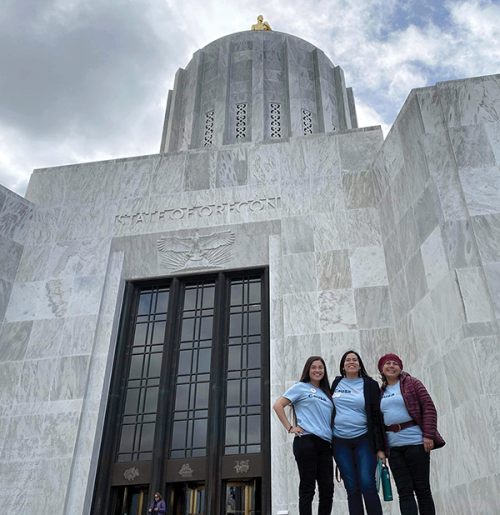 Beyond Toxics played an important role in moving key legislation foward in the 2021 Oregon Legislative Session, including:

Beyond Toxics led the effort to adopt SCR 17, our proposed Resolution for Environmental Justice Principles at the Oregon state legislature. SCR 17 requires state agencies to apply an environmental justice framework to their program and policy work. The resolution passed with bi-partisan support!

Beyond Toxics convened the strong coalition of organizations to promote HB 2488 and nearly passed the Equity and Climate in Oregon's Land Use System. This work helped kick off a new era of meaningful statewide action on equity and climate justice in land use laws.

Beyond Toxics helped with the passage of 3 pioneering green energy bills.

See the full list of bills we championed and supported in collaboration with other groups in Oregon.

Beyond Toxics worked to encourage Willamalane to end use of most toxic pesticides at Dorris Ranch orchards
Willamalane Parks and Recreation District Board of Directors voted to stop using highly toxic pesticides for the historic hazelnut orchards in Dorris Ranch! Jennifer Eisele coordinated outreach with Springfield neighbors and led the concentrated advocacy campaign that generated hundreds of community comments and stories in support for organic land management at Dorris Ranch.

See our page on the initiative, "Dorris Ranch Hazelnut Orchard Transition to Organic." 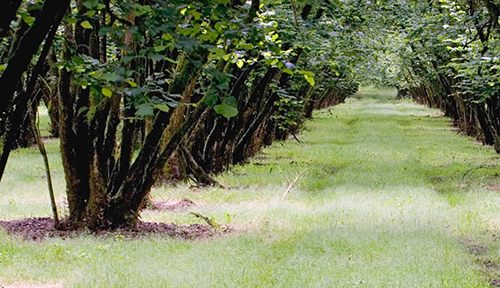 See Willamalane to end use of most toxic pesticides at Dorris Ranch orchards - by Adam Duvernay, Register-Guard, Dec. 10, 2021 - PDF

"The Willamalane Parks and Recreation District Board of Directors voted Wednesday to stop using its most potent forms of pest and disease management at the historic filbert orchards on Dorris Ranch in Springfield. The move follows a summer of concerns about pesticide use there and a committee's recommendation to switch to organic practices."

Unique Summit Convened for Environmental Justice
Our signature project, Oregon’s first Environmental Justice Pathways Summit, culminating in 2021, provided deep education in contemporary topics, from water justice to the right to clean air. The Summit resulted in the introduction and passage of an environmental justice framework for state agencies by the state legislature. It also inspired professors at the University of Oregon College of Education to create the state’s first environmental justice curriculum for high schools. 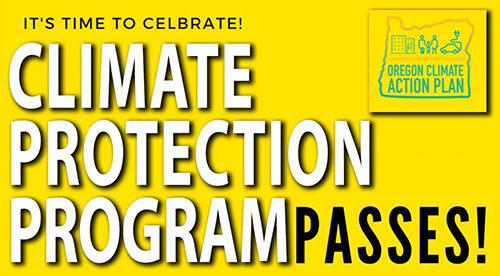 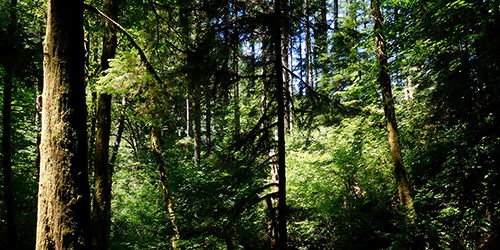 Overhauling forest management
Beyond Toxics was one of ten environmental groups working for over 2 years to reach an historic agreement with timber companies to overhaul the Oregon Forest laws. The effort, starting with passing a bill to deal with aerial helicopter sprays in 2020 to the 2021 agreement to drastically renovate how endangered species, fish habitat streams and riverbanks are protected from logging.

Jennifer Eisele and Krystal Abrams run our Regenerative Ecosystems programs. Last summer they used their incredible knowledge of the natural world to help create an innovative outdoor summer camp for local BIPOC pre-teens: Nature Exploration Adventure Teams (NEAT) Camp. Working with our partners at the UO Museum of Cultural and Natural History, Jennifer and Krystal put together exciting, culturally-sensitive, and environmentally-relevant activities to keep these kids engaged for a series of camps focusing on nature and environmental justice. 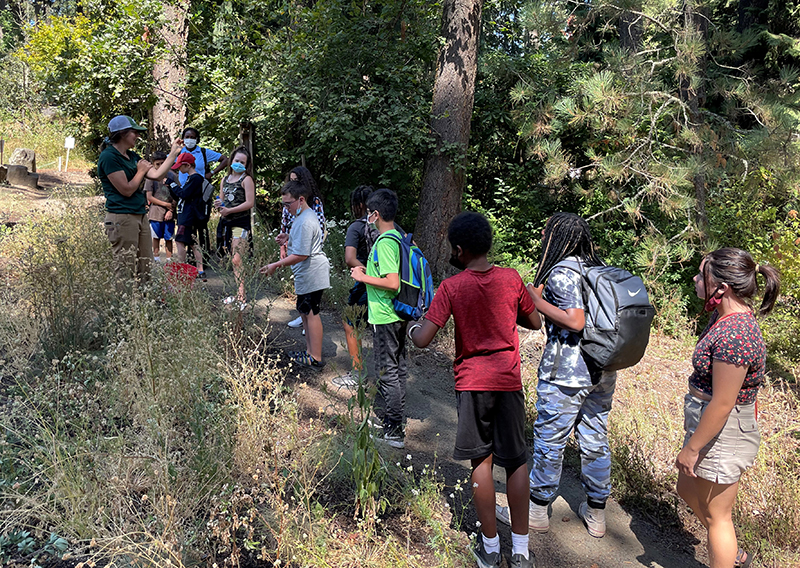 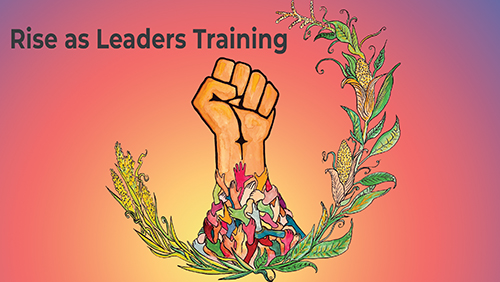 PESTICIDE POLICY REFORMS: After nearly three years of our advocacy work in the  legislature and the halls of public opinion–and in alliance with PCUN, Oregon’s farm  worker union–we won the phase-out of chlorpyrifos, a brain damaging organophosphate pesticide! On December 15, 2020 the Oregon Department of Agriculture adopted a new set  of laws that immediately restricts the use of the chlorpyrifos! We worked closely with  the agency to eliminate barriers to public participation to ensure that farmworkers and  impacted members of the public could make their voices heard. The broad coalition, organized by Beyond Toxics and PCUN, mobilized hundreds of comments in both English and Spanish. | See OPB news story, “Oregon moves to phase out most uses of a controversial  pesticide by 2023.”

Many crucial topics were discussed in seven environmental justice webinars like this one on Tribal and Indigenous Knowledge in Policy.

ENVIRONMENTAL JUSTICE: It was a year of promoting environmental justice! Our staff, led by Haley Case-Scott, organized seven Environmental Justice Pathways webinars in the midst of an unprecedented global pandemic! See the webpage we created that has video recordings of each of them. | See the video recordings from the webinars. 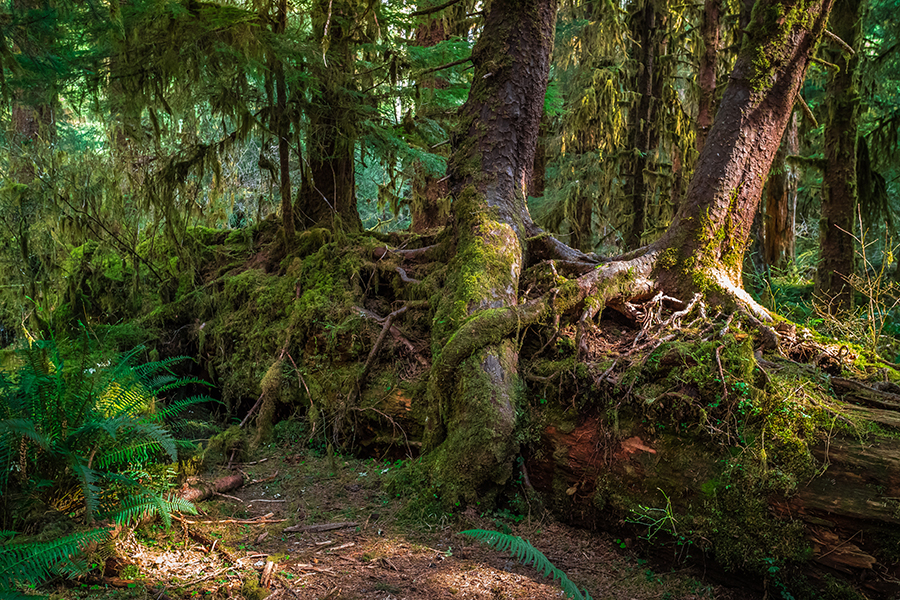 The importance of carbon sequestration will play an vital role in the work of the Oregon Climate Action Plan coalition.

STATEWIDE WORK ON CLIMATE JUSTICE: Grassroots and climate policy organizations came together to form the Oregon Climate Action Plan (OCAP) coalition in response to and to implement Governor Brown’s Executive Order 20-04 on climate mitigation and adaptation. Beyond Toxics has taken on a leading role with the OCAP coalition, and is serving as the co-lead of the Natural and Working Lands Policy Table. Under our review is how to use an environmental justice lens to look at managing forest, agriculture and waterways for immediate carbon sequestration and resilient communities. We hired Danny Noonan in November to lead this and other projects as our Climate Justice Policy and Legislative Manager. 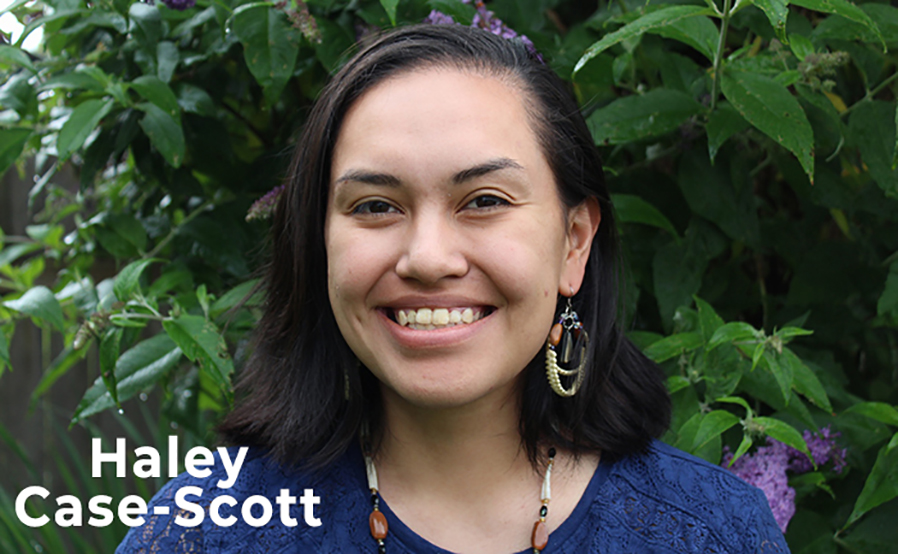 LOCAL WORK ON CLIMATE JUSTICE: We hired Haley Case-Scott in March to lead our Lane County Environmental and Climate Justice projects. Beyond Toxics, in partnership with the NAACP Eugene/Springfield, signed a Memorandum of Understanding (MOU) with the Lane County Public Works Department. Through the MOU, Beyond Toxics and the NAACP have been tasked with the important job of creating a Climate Equity and Resilience Task Force with members representing a diverse representation of Lane County residents. 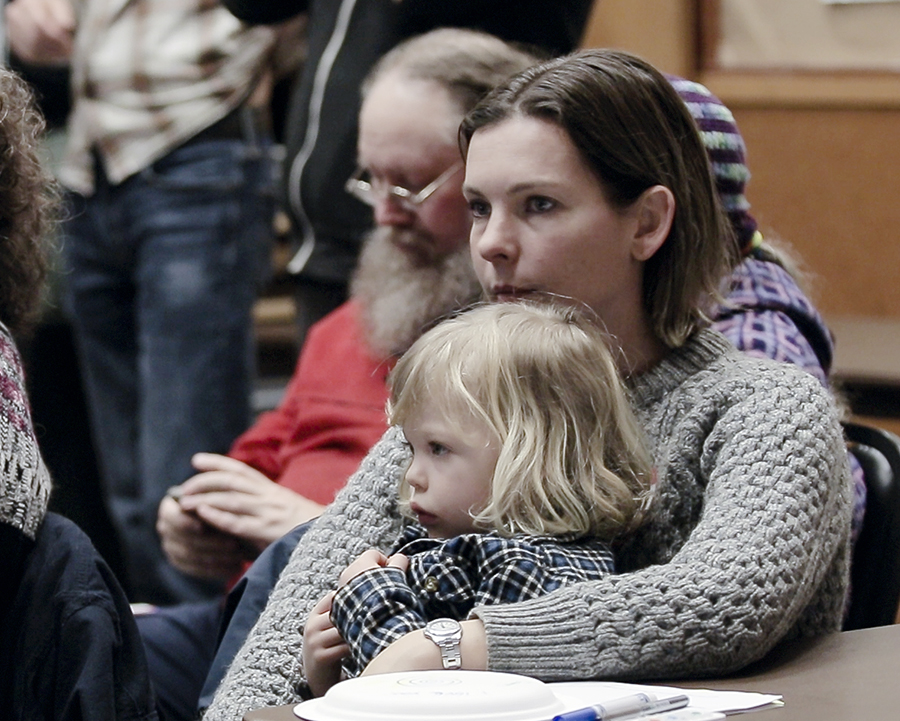 One of many families that attended our January outreach meeting on clean air in West Eugene.

AIR QUALITY: We conducted the 2nd Environmental Health Survey of West Eugene and presented the results and analysis back to the community in a series of town halls. We hired Arjorie Arberry Beribeault and Mashal Rahmati Copperman as our Environmental Justice Fellows to organize the community and share our data in new accessible formats.

AIR QUALITY: We are also partnering with DEQ to bring community input and an environmental justice lens to address the polluter JH Baxter in West Eugene including environmental monitoring, permit review, and a new community advisory group. 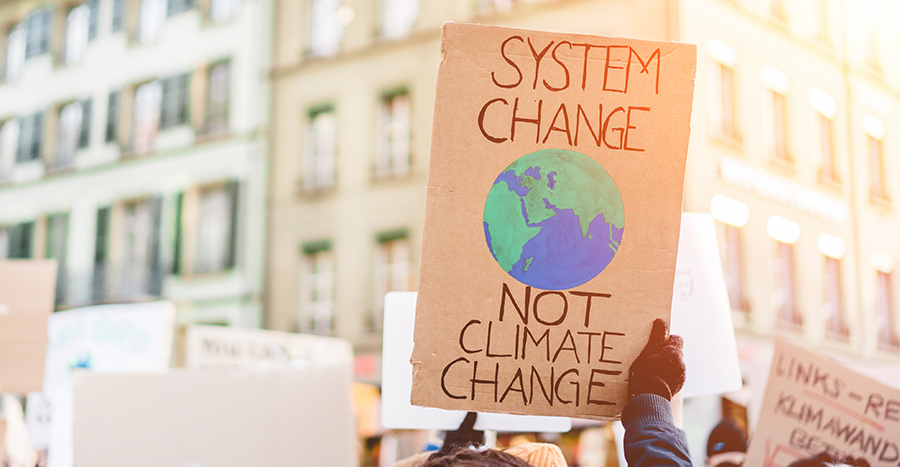 Beyond Toxics is advancing the Equity and Climate in Land Use Act to amend the Statewide Land Use Planning Goals to address climate justice and to promote the participation of disadvantaged and historically underserved communities as part of Oregon’s existing statewide land use planning goals, in order to incorporate processes and outcomes for environmental justice and climate change mitigation and adaptation.

Beyond Toxics is working with legislators to introduce a Joint Resolution for an Environmental Justice Roadmap for Oregon establishing principles for achieving environmental justice in Oregon. The resolution will, if adopted in the 2021 legislative session, acknowledge the deep interconnection between present environmental impacts and crises and the history of structural racial and socioeconomic inequities in the state. The resolution calls for recognition and consideration by all state agencies of the need to correct environmental injustices, improve public health and overall well-being in communities, make reparative investments in frontline communities, and build a just, equitable and resilient future to secure health and well-being for all people. 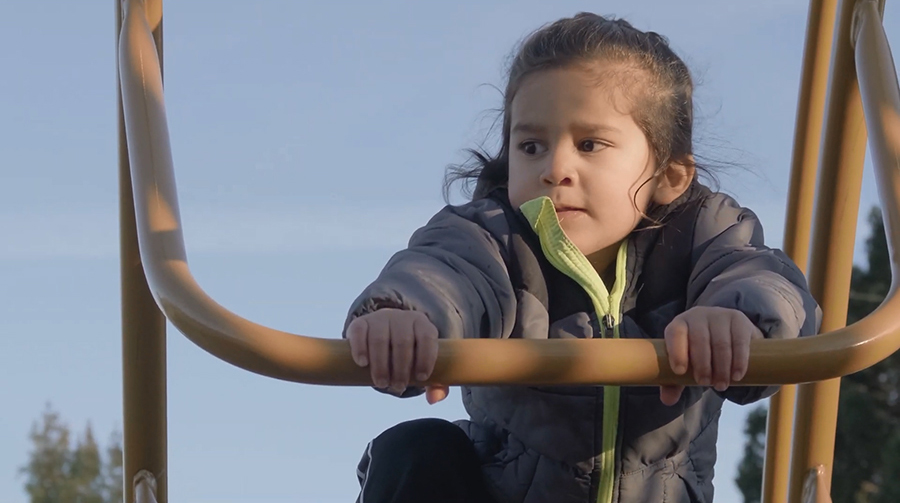 Our children, whether playing in parks or studying in school deserve to be free of exposure to pesticides.

Continuing our strong advocacy to reduce pesticide exposure, we are advancing legislation for the Toxics Free Schools Act. The bill, if passed, will prioritize children’s healthy development and non-toxics learning environments by restricting pesticide applications on school campuses. The bill will end the use of cancer-causing, brain-damaging and hormone disrupting pesticides on school yards and promote least toxic approaches to pest management.

Beyond Toxics is now a co-signer on a legal amicus brief to challenge the Linn County resolution to establish logging as the purpose of state forests.