The week of Bee Swarm actions Feb. 10 - 16 was remarkably successful. Half way through the week, 2 new cities pledged actions on Feb. 15th, along with the one we organized in Eugene... | See the news coverage provided by KMTR-TV (Eugene)

See the Friends of The Earth Flickr collection of photos from around the nation. | If you're on Pinterest, see the photos here. 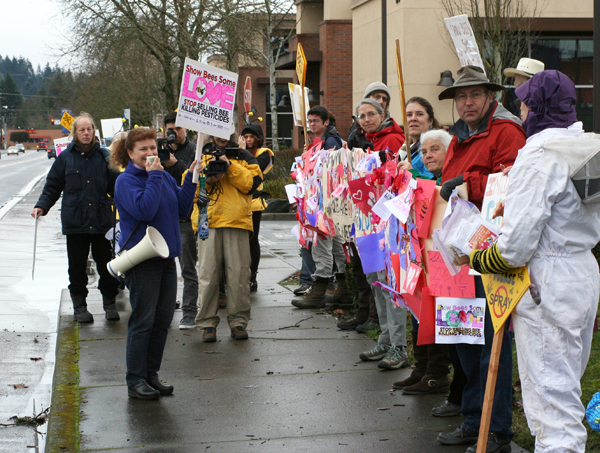 Lisa Arkin led the rally with a speech about why it's so important to save bees. 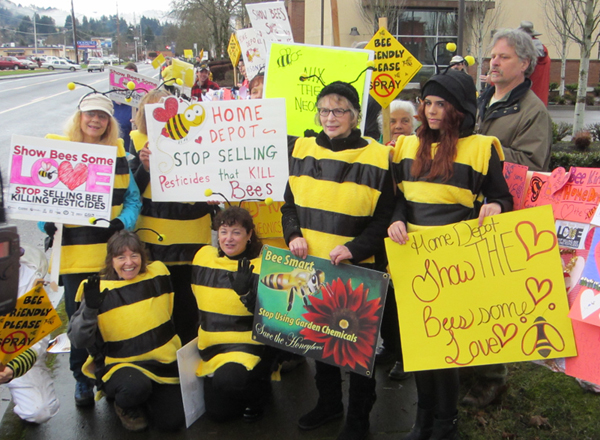 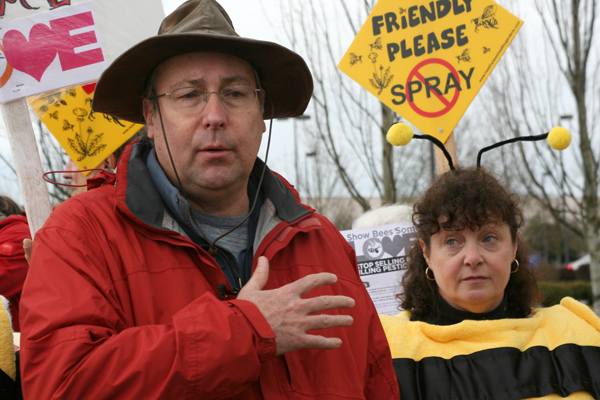 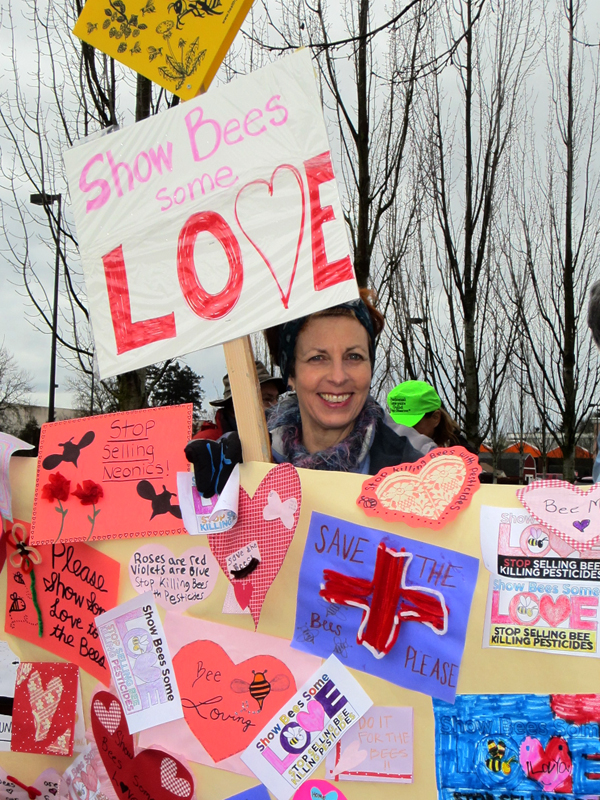 Gwyneth Iredale, Beyond Toxics board member, braved the weather to show her support of the campaign. 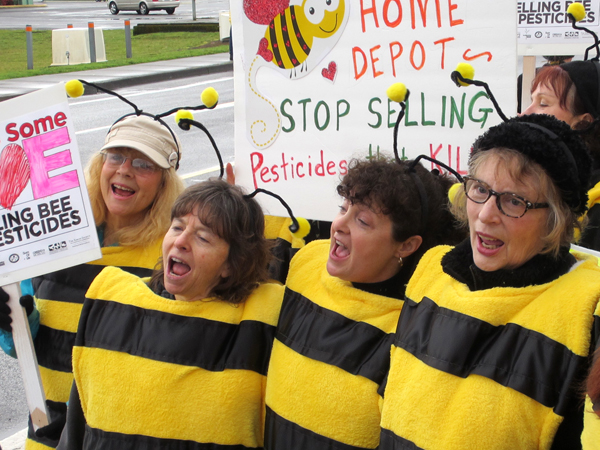 The bee people sang, "All we are saying is give bees a chance." 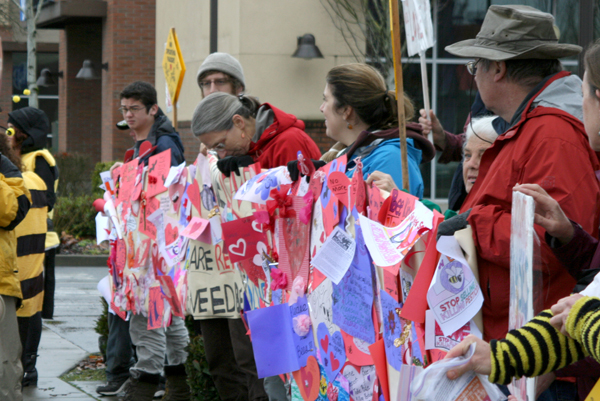 Even the wee ones got into the act, exercising their right to free speech.

Lisa Arkin, Beyond Toxics executive director had this to say, “During the Show Bees Some Love! Rally over 60 people held signs and sang to Eugene’s Home Depot to express concern for bee die-offs caused by neonicotinoid pesticides. The store manager greeted us and accepted the 204,000 signatures on our petition and the hundreds of valentine cards filled out by members and supporters. He also said that Home Depot is working on a plan to protect bees by removing the most toxic products from store shelves. This is a commitment we are pleased to hear. Thank you to everyone who came out today to make a difference in creating a positive and healthy world!”

Special thanks to Northwest Center for Alternatives to Pesticides (NCAP) who showed up in force and who provided a HUGE banner filled with valentines. Special thanks also to Lauren Regan of the Civil Liberties Defense Center (CLDC) for providing legal observer services for the event.

Unedited footage of Lisa Arkin meeting with the local store manager and presenting valentines signed by members and supporters who care about bees.