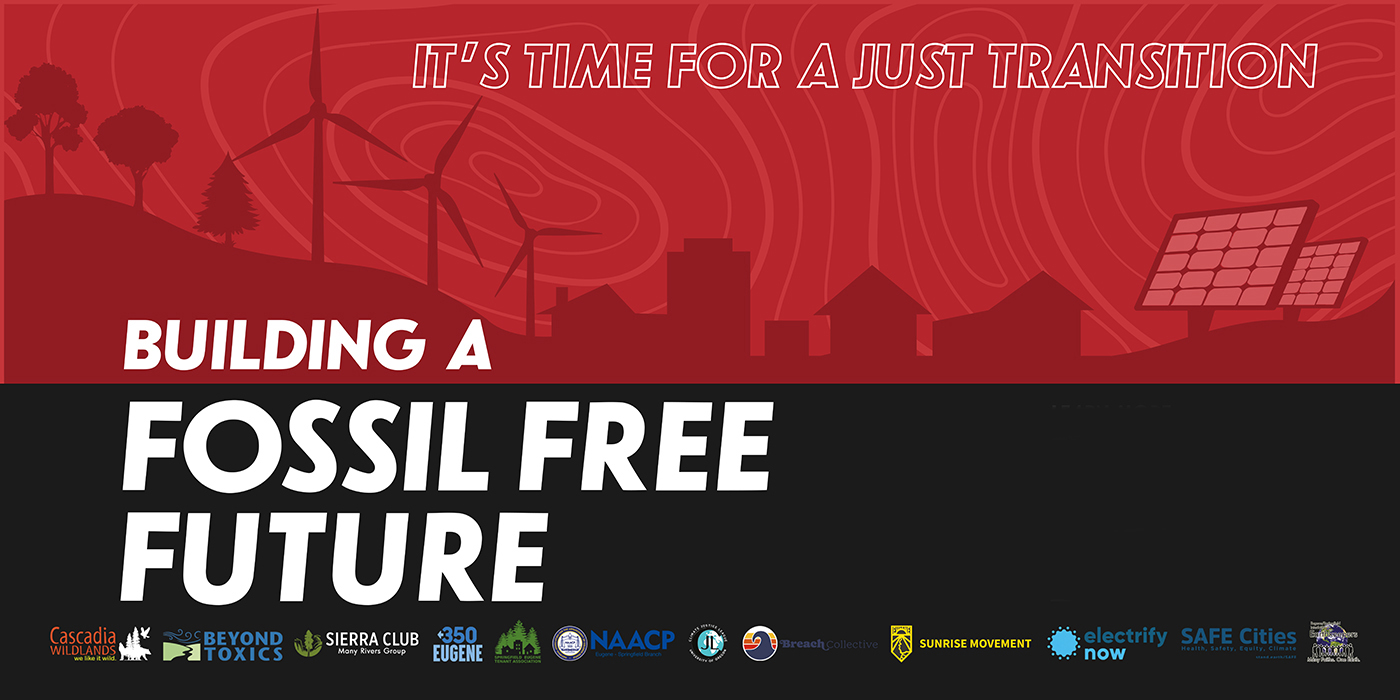 Beyond Toxics is a member of Fossil Free Eugene and Lane County, a coalition of grassroots organizations and community members calling on the City of Eugene to follow through with the climate goals that it set for itself and lead a just transition away from fossil fuels for all of its residents. Learn more In 2014, the City of Eugene passed the Climate Recovery Ordinance (CRO) with bold targets to reduce our consumption of fossil fuels and prevent catastrophic climate change. Now, more than six years later, the City has done little to ensure that these goals are met. As the climate crisis continues to worsen and our local community is impacted by climate-driven wildfire and drought, it is time for the City to act.

The Fossil Free Eugene and Lane County Coalition seeks to prevent construction of new fracked gas (methane) infrastructure in buildings in the City of Eugene and develop an equitable and just framework and funding mechanism for transitioning existing buildings off of fracked gas in the near future. Coalition members are also working at the county level to attain similar goals toward transitioning off of fossil fuels.

Find out MORE about the coalition->>