(EUGENE, OR) Today, seventeen property owners in the vicinity of Gold Beach, Oregon filed a first-of-its-kind lawsuit in the state of Oregon over pesticides that drifted onto their properties.

The suit stems from an overspray of herbicides in October 2013 that included numerous toxic chemicals including 2,4-­‐d and triclopyr, which were being applied to forestland owned by Crook Timberlands, LLC and Joseph Kaufman. Many landowners who had their properties sprayed and were exposed to the chemicals have experienced medical problems, damage to their property, and injury to pets and livestock.

John Burns, assistant chief of the local volunteer fire department, is the spokesperson for the citizens. He said, “We have the right to defend our families and our private property from chemical trespass. Nobody should have to live through what we’ve experienced over the past several months. These irresponsible practices are making us sick, killing our pets and interfering with the use of our land.”

The suit, filed in Curry County Circuit Court, challenges portions of the Oregon Right to Farm and Forest Law (ORS 30.936), which insulates pesticide and herbicide applicators from liability for certain claims for nuisance or trespass other than death or serious injury that arise from forestry operations, including the application of those chemicals. The landowners seek a declaration that the law is unconstitutional under the Oregon Constitution because it strips away their remedies for chemical trespass (put simply: the drifting of chemicals onto their property) and violations of their private property rights.

Chris Winter is with the Crag Law Center, a public interest law firm, and is representing the local citizens.

Winter said, “The Oregon Constitution protects the private property rights of individual landowners. Many of us have believed for a long time that this law is unconstitutional, and this is the first time it will be put to the test.”

Many rural communities in Oregon have been struggling over the last several years with the effects of exposure to these same types of chemicals. Residents in Triangle Lake, Oregon complained of being sprayed by a nearby forestry operation, and tests ultimately revealed the presence of toxic chemicals in 100 percent of urine samples collected from the neighbors.

Lisa Arkin is the Executive Director of Beyond Toxics and has been working to organize rural communities impacted by pesticide and herbicide exposure. Arkin said, “Our organization gets many phone calls from rural communities about herbicide drift. The reported pattern is strikingly similar, including nose bleeds, nausea, severe headaches and breathing problems as well as pets often getting sick and dying. We are working with Crag Law Center to help guarantee that Oregon residents who experience chemical trespass have a right to bring their case before a court of law.”

The citizens are being represented by Chris Winter and Liam Sherlock, a shareholder in the Eugene law firm of Hutchinson, Cox, Coons, DuPriest, Orr & Sherlock, PC.

Background on the Cedar Valley pesticide spraying incident in fall 2013 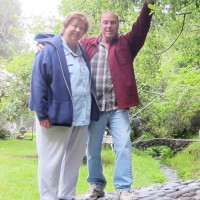 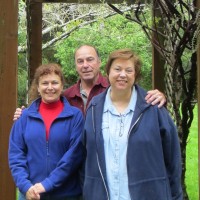 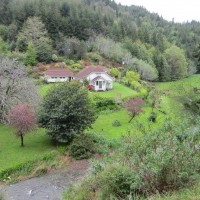