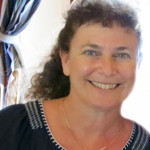 Prior to her work with Beyond Toxics, Lisa spent thirteen years as an educator and associate professor at both Stanford University and University of Oregon.  She has since accumulated deep experience in toxics use reduction advocacy, land use planning, environmental protection and strategic development for non-profit organizations. Lisa has served as Executive Director since 2005. | Read the Summer 2014 LandWatch interview (PDF) 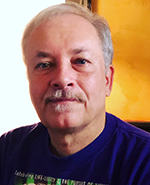 John was hired in April 2009 as Communications Manager and Business Outreach Coordinator. He has an extensive background as web & graphics designer and video producer and currently owns Cascade Creative Productions. He has also worked on numerous political campaigns, is a long-time activist for the environment and a supporter of a wide variety of peace, social justice and human rights campaigns. 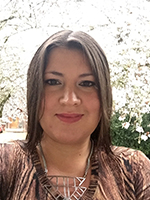 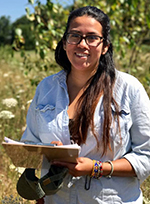 Ana was born in Mexico but grew up in South Lake Tahoe when her family migrated to the US. She is first in her family to graduate from college, and recently graduated from Humboldt State University. Growing up in such a beautiful area gave her an appreciation for the environment that inspired her to pursue a degree in Environmental Science. While in school she became involved in social justice issues on campus and in Humboldt County. Ana began to make the connections of how our social constructs affect our environment leading to environmental racism. She realized that you can’t leave out whole communities when it comes to conversations about climate change and the environment when they will be the ones who are affected. Ana has a love for both the environment and people because we are resilient, strong and imaginative and we can come up with solutions when we work collectively. On her down time Ana likes to hike, backpack, read and check out thrift stores. 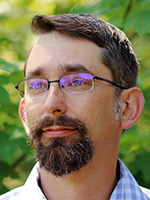 A former environmental reporter and editor of the Veneta, Oregon-based West Lane News, Ephraim brings valuable fundraising and event organizing experience to Beyond Toxics. Most recently the Development and Communications Director for BRING Recycling, Ephraim has worked with and volunteered for local nonprofits ranging from International Stove Solutions (Instove) and the Long Tom Watershed Council (LTWC) to the McKenzie River Trust (MRT). A graduate of the University of Oregon’s School of Journalism and Communications, he earned a Graduate Certificate in Nonprofit Management from the UO in 2014. When not out in the community building the personal relationships and community partnerships vital to ensuring environmental protection for all Oregon communities, you might find him exploring the Cascades with his family or at home in his woodshop working on an endless variety of DIY home improvement projects. 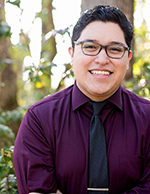 Pablo was born and raised in Guatemala City, until the age of 14. He came to the U.S. in pursuit of greater opportunities and an education which he obtained at the University of Oregon. The majority of Pablo’s studies have mainly focused on human rights. Through life experiences in Guatemala and his work with refugees in South Africa, policy analysis in Washington, D.C. and paralegal work with immigrants in Springfield, OR, Pablo discovered a perverse pattern in which communities who had the least power and resources to stand up for their human rights, were the ones most impacted by environmental degradation and climate change. He is motivated and inspired by the work at Beyond Toxics and wishes to advance their mission and vision in the community.

In a unique job-sharing relationship between organizational partners, Pablo also works part-time as an Environmental Justice organizer with the Eugene-Springfield NAACP. When he isn’t out fighting for rights he is usually listening to music as he explores random sites on google maps. He plans to travel to them all one day. 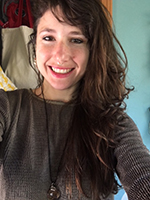 Born in Miami, Florida of Cuban immigrant and working class parents and being familiar with racism and classism from a young age, Bianca has always had a mind for making the world a safer and more equitable place. Throughout her studies, and knowing that most of her grandparents were farmers, she keeps coming back to the importance of people’s basic needs getting met, such as the need for healthy food and connection to the earth. While at the University of Chicago, she built community gardens for the low-income communities of color, canvassed with Environment Illinois to keep British Petroleum from dumping oil by-products in Lake Michigan. Bianca moved to rural Oregon six years ago to and has since created several LGBTQ land projects in the area and studied Traditional Ecological Knowledge. Giving back to the highly marginalized Latinx and communities of color of rural Oregon who experience the brunt end of environmental injustice to her is a homecoming. 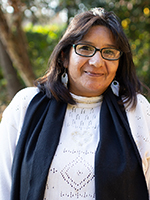 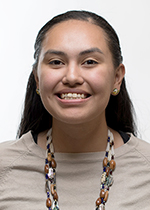