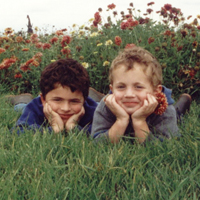 Forestry Pesticide Project There is a growing awareness about the issue of rural community health and exposure to forestry chemicals in air and domestic water. Polling by the Pew Research Center consistently shows that clean water matters most to Oregonians. That’s one reason there is increasing alarm about a bill introduced by Rep. Peter DeFazio (D-Oregon) to increase intensive logging on national forest lands. 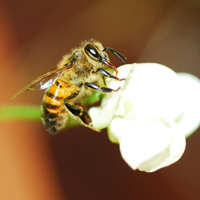 Save Oregon's Bees Photo by Judit Covarrubias Garcia Pollinators are essential for Oregon’s vibrant agricultural sector, supporting over $600 million of insect-pollinated crops grown by Oregon farmers each year. With bee populations in dramatic decline worldwide, Beyond Toxics has stepped up to sound the alarm and highlight the connection to the widespread use of neonicotinoid pesticides. Human Rights and Chemical Exposure Framing pesticide exposures as a violation of basic human rights is an original and pioneering grassroots action that will give voice to Oregonians who continue to suffer from unwanted pesticide exposure. See the latest videos documenting stories of chemical trespass in Oregon. Grassroots Organizing Rural residents and many farmers are facing significant dangers from exposure to pesticide spray drift and run-off into nearby streams and rivers. We're helping them fight back! Read about the spray poisoning of residents of Cedar Valley in fall 2013. Safe Public Places Project Beyond Toxics worked with several partners in the legislature to successfully create significant reduction goals in the amount of pesticides used in parks, in and around public buildings and on public roads all throughout the state of Oregon. MORE Pesticide Reform Resources-> 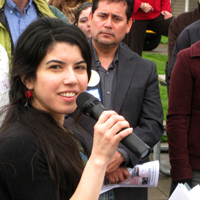 Alison Guzman speaks at a W. Eugene Toxics Tour. Photo by Wayne Lottinville Beyond Toxics collaborates with social justice organizations and vulnerable low-income and minority residents to empower communities to take action and participate in decision-making. We assist neighborhoods that are disproportionally affected by higher concentrations of industrial air pollution. MORE-> Learn more about the Environmental Justice Bus Tour project (see the slide show from photos taken during the April 13, 2012 event). Healthy Air Oregon (HAO) HAO is an action-oriented, public education project bringing businesses, governments and individuals together to improve air quality and reduce greenhouse gases. Effective outcomes of our HAO work include the passage of Oregon’s No Top-Off Law and the adoption of No Idling policies by governments, agencies and businesses throughout Oregon. HAO is a proven solution for cleaning our air and reducing health risks associated with polluted air. MORE->

[verticalresponse title="Sign Up Here for Our News and Action Alerts" bg_color="#000000" label_color:"#FFFFFF" border_color="333333" border_width="5" email_input_size=15] Beyond Toxics is a 501(c)(3) non-profit organization and all contributions are fully tax-deductible. Please consider giving a gift of a Beyond Toxics membership to a friend or family member!