Excited by the potential for change in Oregon’s pesticides use policies?
Please read the summary (below) and scroll down to sign our petition…

The widespread and unnecessary use of pesticides on private forest and public lands each year results in hazardous chemicals that invade our lives through the contamination and poisoning of our bodies, native wildlife, air, land, water, and food.

The government must acknowledge and take action to eliminate pesticide trespass onto private and public property and into the bodies of residents and future generations.

We demand that the State of Oregon take the following actions:

1. The State must change laws that shield pesticide applicators from the liability and legal consequences of injuring vulnerable Oregon families. (a.k.a. The “Right to Farm and Forest” Act ORS 30.930-30.947).

2. The State must reverse state preemption laws that prohibit local governments from protecting citizens against pesticide trespass and having access to information. (ORS 634.057).

3. The State of Oregon must ensure that the public is protected from pesticide in the air, water, soil and buildings on public land by working tirelessly to ensure the following:

4. Federal and state agencies are obligated to conduct a thorough, unbiased, verifiable and fully transparent investigation of chemical trespass by funding and carrying out assessments of pesticide aerial drift, volatilization and re-volatilization, pesticide run-off and the presence of pesticides in human bodies with fully informed and democratic participation by Oregonians who have been directly impacted and without influence of corporate representatives. | [Read the entire document]

Thank you for signing our petition and helping to make a healthier world. Only your name, City and State will be shared with the governor's office. Beyond Toxics will NEVER share email addresses or other personal information with any other party for any reason.

The Oregon Pesticide Action Workgroup, a project led by Beyond Toxics, has put out a Statement of Principles: The Pesticide Reform Guiding Principles (PDF file). The statement reflects many experienced grassroots voices and years of experience drawing public attention to the dangers of pesticides in our environment and in our bodies. These guiding principles are based on the values of environmental stewardship, human rights, and protection of native wildlife and habitat.

The principles and the list of supporters will be presented to Governor Kitzhaber and the appropriate state and federal agencies.

Now you can designate that your donation go directly to our work for pesticide reform when you join! After clicking on the green button (below)…from the “Program Designation” drop-down option, simply choose “Pesticide Reform.” 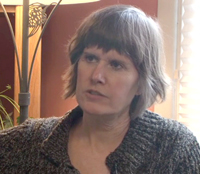 See the video clips from an exclusive April 2011 Beyond Toxics interview with Dr. Sandra Steingraber in Eugene.

People/organizations who have signed on so far:

Lisa Arkin, Beyond Toxics
Eugene, OR

B. A. Grodhaus – Selma, Oregon

Cathy B. Barr – Deadwood, OR

Jen and Doug Hornaday – Eugene, OR

Now you can designate that your donation go directly to our work for pesticide reform when you join! After clicking on the green button (below)…from the “Program Designation” drop-down option, simply choose “Pesticide Reform.”