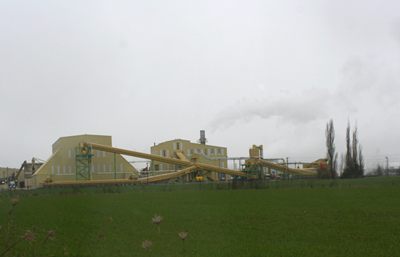 The Human Tongue As An Air Monitoring Station

It sure is lucky for the owners of Seneca Biomass that our tongue can’t collect toxic emission data admissible in a court of law. If there was a monitor as sensitive as the human tongue--or as sensitive as the lungs of an asthmatic child, we wouldn’t have any trouble proving the case that their biomass plant in West Eugene is fouling our air.

The Register-Guard reported in September that Seneca Biomass had “flunked” a part of its initial pollution control test related to particulate matter and nitrogen oxides. That is a fact I witnessed myself yesterday!

I drove a family friend to the Eugene airport on Monday afternoon. Everyone going to the airport has to drive right past Seneca. It’s not much of a Eugene-welcome. The stacks were spewing out dark, thick emissions. My friend was shocked! She has always thought of Eugene as such a green-friendly town. When I drove back towards the plant, the same heavy emissions were pouring forth into what would have been a perfect bright blue Lane County sky. That means the plant was polluting at an intense level for at least thirty minutes from the time I first saw it until I snapped pictures on my cell phone on my way home. 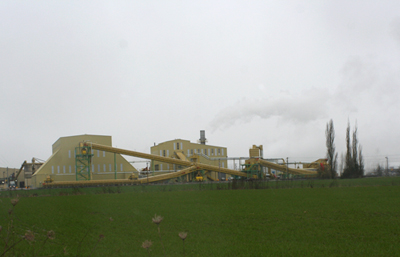 What a contrast to the claim made by Merlyn Hough, the director of the Lane Regional Air Protection Agency! In response to the news that Seneca Biomass had flunked its first air pollution test, he said to a Register-Guard reporter, “There hasn’t been concerns about visual emissions; in fact, it appears to the person driving by as a very clean operation.”

I’ve taken several photographs on at least three trips nearby, and each photograph shows considerable air pollution from Seneca. This time I could really taste sooty air on my tongue and the smell had a sickly quality. The memory of it stayed with me for hours.

These foul emissions happen on a regular basis. Is it any wonder that Seneca failed their air pollution tests? It is outrageous that they are allowed to poison our air when the rest of us are being asked by LRAPA not to burn wood to keep warm and to reduce driving because of air inversions.

We should be asking LRAPA, the agency charged with protecting our air, several important questions:

1. Why isn’t Seneca required to stop polluting our air if they are violating their air toxics permit and we can clearly see their opaque emissions?

Beyond Toxics warned about excessive particulate matter and nitrogen oxides in our challenge to the permit – not only did LRAPA pay no heed, they built pollution-friendly loopholes into the permit.

2. Is LRAPA fining Seneca as they continue to pollute our air while they “figure out” their air pollution problem?

They should be fined each and every day, and that money should not go to LRAPA, but instead it should go to the downwind community so that we can afford to do our own air testing. 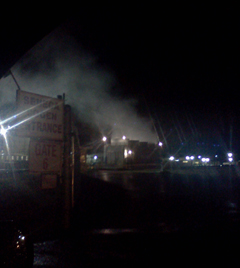 Our local air can be very unhealthy in the winter. Inversions often cause particulate matter to thicken for days on end. Let’s not forget the medical precautions: exposure to fine particulate matter, the kind that Seneca is belching (in excess!), shortens lives and is known to cause heart disease and asthma. The children in the neighborhood just downwind of the biomass plant are suffering from asthma at a high rate, much higher than national averages.

Let's face it: Seneca’s profits are coming at the expense of our children’s lungs. And that's definitely not OK with me.

Did you like my blog post? What should Beyond Toxics be working on in the New Year? Take our online membership survey and let us know what you think. The last 2 questions are optional--only if you want to be entered into a drawing for a free Beyond Toxics tote bag.