Victory for small (and honest) non-profits in the battle against the giant (and manipulative) coal industry! 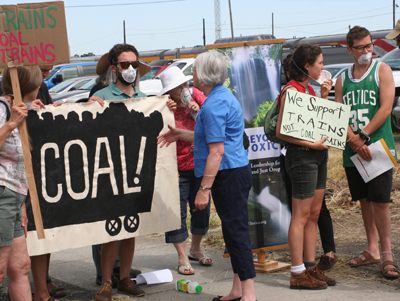 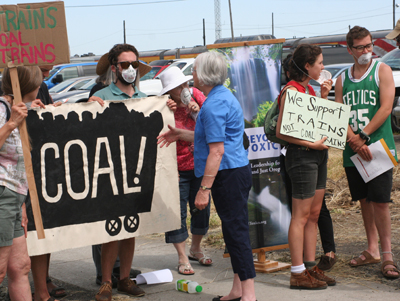 In spring of this year, Beyond Toxics submitted a Public Records Request to the Port of Coos Bay to learn the details of plans to haul coal through Eugene for export to nations in the Far East? Remember that they demanded $22,000 to get what should be public information? If that wasn’t enough, the Port of Coos Bay tacked on a long list of intrusive questions, demanding the disclosure of our members’ names and addresses.

This week, a Coos Bay judge ruled that non-profits like Beyond Toxics and Sierra Club do not have to obey the demands of the coal industry by turning over the names of our members! The Port of Coos Bay’s excessive inquisition of small non-profits was thrown out of court!

This important victory is just one step along the legal path to give the public all the facts about hauling dirty coal through the Columbia River Gorge, the Willamette Valley, and out to the coast via downtown Eugene. Both the Oregon Sierra Club and Beyond Toxics filed records requests and were answered with back-breaking fees and aggressive demands. Sierra Club filed a claim that there is a pattern and practice of subjecting public requesters to invasive questioning, and pointed out it had also happened to Beyond Toxics. Both groups are awaiting the outcome of the case to proceed with our public records request.

The Port has been and continues to be secretive and dismissive of public inquiries on coal exports. It is highly doubtful that the Port or their coal partners will release the requested documents before the Eugene City Council meets to vote on the issue on September 10.

In a new twist, on July 9, the Port of Coos Bay asked the Eugene City Council to approve a resolution they (or probably their lawyers) wrote, specifically stating “Be it resolved by the City of Eugene that The City strongly supports the use of the Coos Bay rail line for the movement of freight in western Lane, western Douglas and Coos counties…” and furthermore that “The City will work with the Port and other regional and transportation stakeholders to identify and recruit additional opportunities for the development of rail…”

Why should residents of Eugene support the dirty, destructive and polluting coal industry? Why should we agree to foul our air and poison our lungs, and destroy climates by burning more fossil fuels?

Do you want to stand up to Dirty Coal? Then join us in the Eugene Celebration Parade where we will march as King Coal and the Fossil Fools! We need a big group!  To sign up, send an email to info@BeyondToxics.org. Let’s show Big Dirty Coal where Eugene stands when it comes to envisioning a clean energy world!

-Thanks for standing with us,