Oregon must address environmental in-justice, starting with a response to a Southern Oregon forum 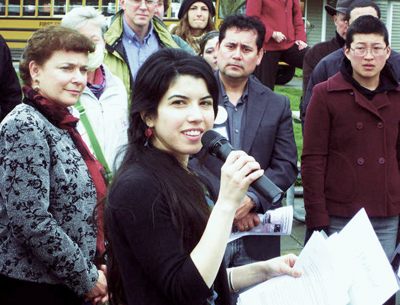 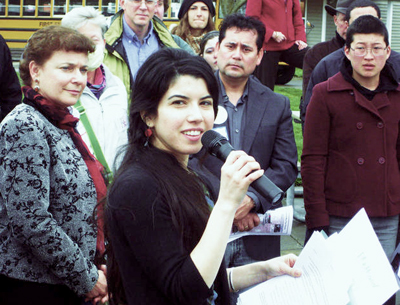 Poverty, hunger and gang violence in Central America and Mexico have persisted for decades. According to the Pew Research Center, the Honduran city of San Pedro Sula was the murder capital of the world in 2012. This city is where most Honduran children refugees come from when they arrive at America’s borders, sent by their parents to find a safe, civilized life. But what does this all have to do with Oregon and the environment?

Refugees from these socially ravaged countries come to Oregon seeking employment and safety. These workers are sought after in the timber, agricultural and hotel service sectors. These industries also bring plenty of migrant workers here “legally” on temporary H2B work permits. They work for lower wages, they can’t report wage theft, nor can they report sexual harassment on the job.

And they are witnesses to environmental in-justices. They are required to use pesticides, oftentimes without adequate training, and never with the kind of training that would allow them to actually get a pesticide applicator license. They witness environmental damage. They get dragged into perpetuating bad forestry or agricultural management practices. They see harm to the health of workers. They feel it themselves.

Beyond Toxics has been working on our state’s environmental justice issues since 2009.  We know that when people are disproportionately exposed to health risks, their situation may affect their ability to cope with and confront issues of environmental injustice. Some communities may be more vulnerable to environmental toxins than others.

That is why we are the lead non-profit organizing the first-ever Oregon forum on Environmental Justice to take place in an impacted community.  A coalition of five Oregon-based environmental justice organizations – PCUN, Unete, Beyond Toxics, Oregon Action and NW Forest Worker Center – are hosting the September 25th meeting of the Oregon Environmental Justice Task Force in Medford, Oregon. This is a very important first step to addressing environmental inequity and harm more commonly found in the lives of low-income, rural residents, communities of color and migrant workers on federally-approved work visas.

The public is invited to “Fairness for the Land and the Worker:” 2015 Oregon Environmental Justice Task Force Meeting. Many of the people who will come to give testimony are farm and timber workers who have come to Oregon to find a better life. What they seek is not far different than the refugees now pouring into Europe. In America, we don’t see them in the same light and don’t develop the same concern for their plight.

Justice, fair treatment, a guarantee of safe working conditions, and the end of subjecting vulnerable communities to higher exposures of pollution – that is what we are working towards.  Oregon has its share of these problems. Historically, state agencies and government have looked away. Let’s work together now to make sure laws, policies and practices do not ignore the high impact of toxic pollution on the most vulnerable and least-empowered of Oregon’s residents.