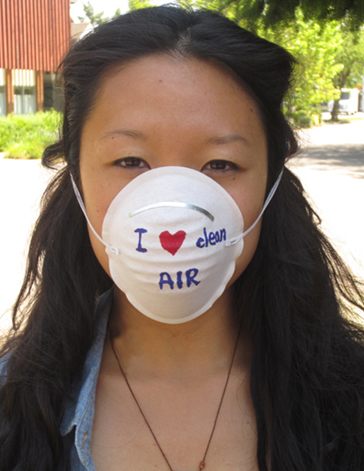 Environmental bills don’t always make it through the "gauntlet," known as the Oregon legislative battlefield. There are more obstacles in our State Capitol than any Quixotic environmentalist could hope to vanquish. The Cleaner Air Oregon bill, SB 1541 B-Engrossed, sailed through the Senate today (passing with a unanimous vote!), despite having its own burden of impediments.

The one impediment most shocking to air advocates, especially those of us who have been dedicated to a strong and just Cleaner Air Oregon policy, was a backroom deal that produced SB 1541. This bill was an end-run by industry and anti-regulation legislators to strike down some of the protective requirements of the original Cleaner Air Oregon policy.
Beyond Toxics doesn’t support the changes to the policy, including language that allows polluters to expose us all to air toxics many times over the health standards for cancer.

Beyond Toxics was the group that first identified and was able to stop other dangerous language in SB 1541 that would have given a “legal shield” to polluters in a court of law by barring scientific evidence gathered during a pollution investigation from being presented as evidence.

We recognized this poison pill from our experience watching pesticide trespass cases go to court, and seeing how corporate lawyers protected their polluting clients with a “shield” against scientific claims. We argued that SB 1541’s corporate legal shields were unfair and unjust. And we won an amendment to take that language out of the bill!

But, in the end, Beyond Toxics supports SB 1541 because it sets these important precedents:
• Polluters pay to fund the program and give the agencies the budget they need to be our air quality watchdogs.
• Creates a health-based program for the first time in Oregon.
• Requires polluters to report their air emissions to the public.
• Requires community consultation and involvement.
• Establishes a new program to track cumulative air impacts from multiple polluters on a neighborhood.
• Acknowledges that air pollution causes cancer and other serious diseases such as strokes, heart disease, asthma, neurological damage and reproductive disruption – the new program will set health benchmarks for cancer separately in addition to all of the other health impacts.
• Brings environmental justice into the conversation in air quality regulations.

Now the policy will get a thorough review by the Oregon Environmental Quality Commission. During the upcoming public process, Beyond Toxics renews our pledge to keep ever vigilant as Cleaner Air Oregon continues the arduous process of becoming law.

Basically, without passing this bill, we would have nothing more than we had before the Cleaner Air Oregon process began. Remember, we had no health-based air regulations at all before this process started 18 months ago. Now, Oregon is catching up to our neighbors in California, Washington and 30 other states who already protect public health instead of protecting polluters.

Quoting from an attorney who worked on Cleaner Air Oregon: “Any new piece of environmental legislation always has flaws and requires compromise. This bill as amended is far from perfect, but it gets Cleaner Air Oregon off the ground at a time when it was poised to potentially go down in flames before it even got started.”
I want to let you know that we're going to take the hopeful road. Our work continues to make Oregon strong in environmental protections and justice.