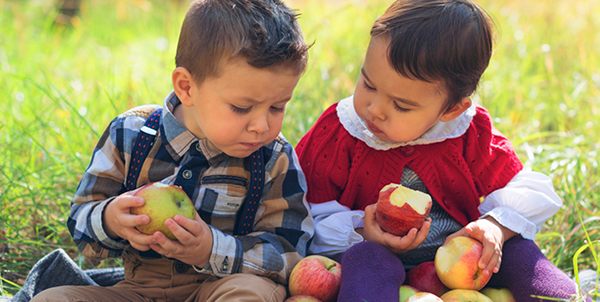 “I remember when I was a kid in 7th grade being told the American Bald Eagle was on the brink of extinction,” she said. “Today I can look up over the Columbia River and see the eagles flying. That is the result of policy makers banning DDT.”

Chlorpyrifos is used on common foods we feed our families, such as strawberries, apples, broccoli, beans, oats and more.

Commissioner Sullivan recounted her experience as an elected official. Going around Clatsop County, she’s been hearing from young family farmers who have settled there to grow food and raise their families. A number of these farmers lost all their bees last year. She recounted the story about the comeback of Bald Eagles to support her message about bees. Sullivan said, “I trust science ... and I trust exhaustive worldwide research that says our pollinators are in trouble. And I understand how this puts our food system in danger.”

She urged Oregon legislators to rely on modern science. That science says, without a doubt, there is no safe level of chlorpyrifos for children, neither for a fetus in the womb, nor during a child’s developmental years. The science is clear, but resistance arises when farmers are asked to change decades-old practices and products. Many use older organophosphate pesticides that were originally developed as nerve gases for warfare. Some of these farmers came to testify about how effective chlorpyrifos is. Sure, something powerful enough to kill soldiers can also kill a lot of bugs! The problem is that chlorpyrifos also kills bees, birds, butterflies and disrupts a child’s brain for life.

We should consider that the Environmental Protection Agency (EPA) was set to ban chlorpyrifos in 2016. However, in 2017, former EPA Administrator Scott Pruitt rejected the Agency’s plan--even though the EPA’s own scientists determined that there are no safe levels of use for chlorpyrifos on food. Chlorpyrifos also causes serious health problems in those who have been exposed to it, particularly farm workers or families eating fruits and vegetables sprayed, or drinking the water where pesticide runoff occurs. Chlorpyrifos is used in Oregon on everything from apples to grass seed production, and is found at unsafe levels in food and in our streams.

Dr. Megan Horton, a researcher at the Icahn School of Medicine at Mount Sinai, has looked at children’s brains and documented an alarming impact when infants or pregnant women are exposed to chlorpyrifos. Horton told legislators that she uses magnetic resonance imaging to study the brains of children as they develop from birth to adolescence. She and her research team see “structural changes in brains” of kids exposed to low levels of chlorpyrifos even at levels below what is considered safe by the EPA. These changes can lead to permanent brain impairment. As chlorpyrifos levels in a pregnant woman increases, her child’s intellectual capability can suffer. The child can experience a childhood of behavioral problems and developmental delays. Researchers warned legislators of the immense impact these children will have on both the financial and staffing resources of local school systems throughout the state.

It should be noted that farmers who testified at the hearing could not refute the evidence that chlorpyrifos is unsafe at any level. What they want is assurance that they can keep on doing what they love to do - growing radishes, wheat, hazel nuts and all manner of agricultural crops. We all share that goal! Yet, there were marked differences in farmer testimony. Fear-based farmers spoke of losing their crops if a ban on this single outdated and dangerous pesticide changed their practices, while hope-based farmers talked about using innovation and safer chemistries to work in balance with the land and harvest nutritious crops - without poisoning pollinators and drinking water.

One farmer, a mom with kids, testified that when she sprays chlorpyrifos around the farm, she protects her children from exposure by washing her clothes in a separate wash cycle. Of course, no mother wants to poison her family, but does she wonder about the chemical residues in the washing machine, or where the pesticide ends up when it goes down the drain, or how chlorpyrifos could contaminate her neighbors’ drinking water? Does she think about the exposures to the workers on her farm? Will she notice if their children experience difficulties in school and in society?

Exposure to chlorpyrifos can radically alter a child’s life direction. Hawaii has already banned chlorpyrifos to protect their people and their pollinators.

Clay Wesson, a representative of Willamette Valley Vineyards, a biodynamic wine maker, was hopeful that Oregon can lead the agricultural industry away from devastatingly harmful pesticides. “I have confidence that the farmers in Oregon are brilliant and can find an option,” he said. “And there are other options.” He was thinking of biodynamic solutions that create healthy soils and sustain beneficial insect populations. Wesson is part of the new generation of farmers who help make Oregon fourth in the nation for sustainable agriculture, with $269 million in organic sales in 2016 — a $32 million jump from the preceding two years, according to the National Agricultural Statistics Service.

We support a healthy vision for Oregon’s future. This approach is possible when our leaders in the state capitol turn away from fear and embrace the wisdom of science and hope. Oregon needs to ban chlorpyrifos so that future generations will have the joy of watching a soaring bald eagle and a fluttering Monarch butterfly, eating honey from Oregon bees, and seeing Oregon kids reach their full creative potential. This vision can be shared by all Oregonians when state legislators vote to ban chlorpyrifos and make Oregon one of the world’s most innovative and sustainable farming economies.