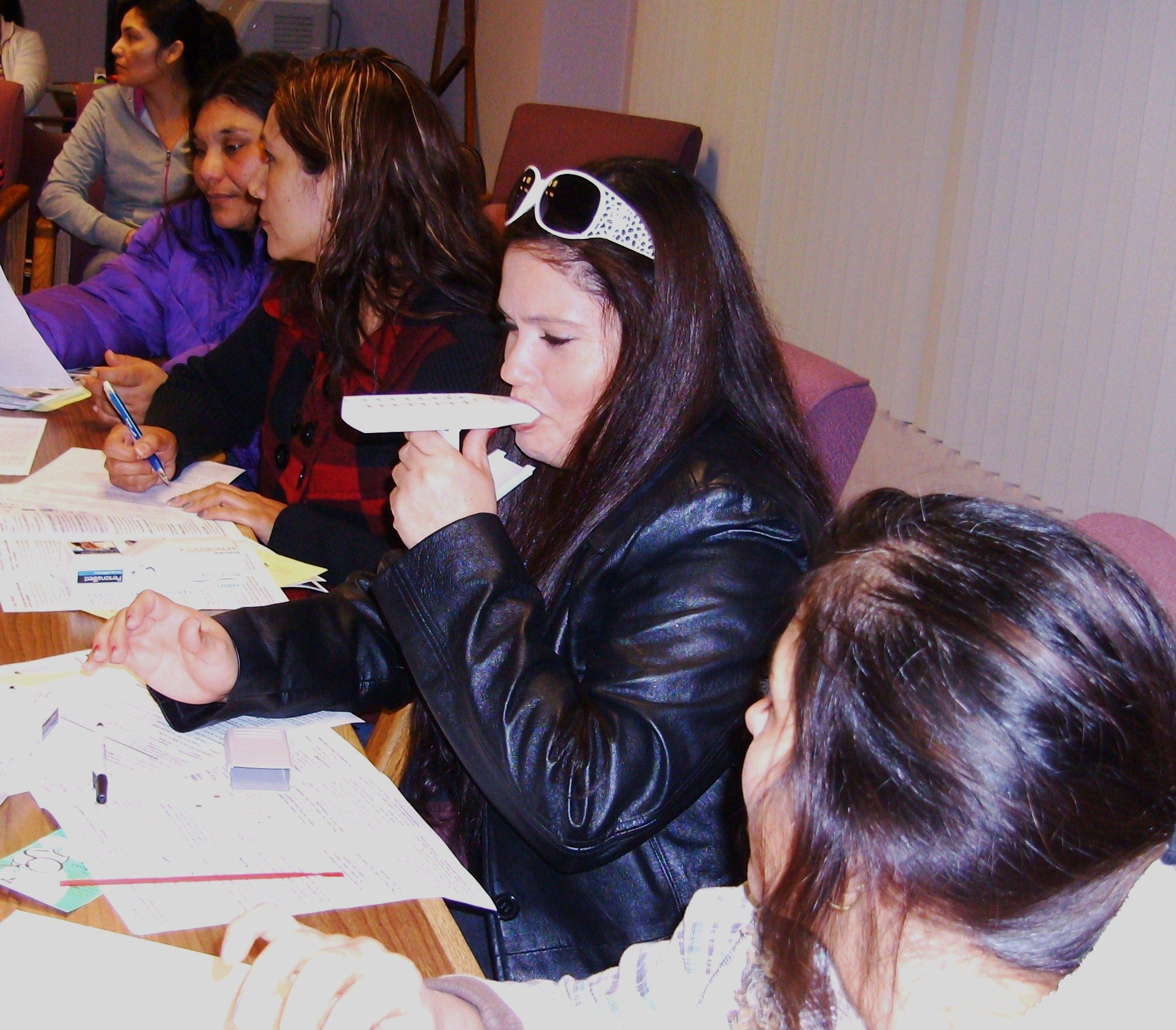 Executive Director Lisa Arkin and I made the three hour drive to Medford, Oregon to give an Asthma Care Workshop. A long trip for us, but well worth it. Last summer, UNETE, a farmworkers’ advocacy organization, invited us to collaborate with them in doing a workshop (see our pictures from the workshop) for the people they serve. Perfect, we thought, since they work a lot with timber and agricultural farmworkers and therefore are heavily exposed to herbicides and pesticides. In fact, many of the participants who attended may have worked for the local herbicide manufacture or timber companies. UNETE provides support to Latinos in the Medford community, including education, legal support, labor rights, etc. In fact, UNETE is the only Latino-led non-profit in the Rogue Valley.

As I gave my Asthma presentation, I saw the participants’ facial expressions change when I mentioned a startling statistic. According to a recent USA Today Report, some schools in Medford ranked in the 2nd percentile in the Nation for poor air quality. Rankings are based on modeled concentration a 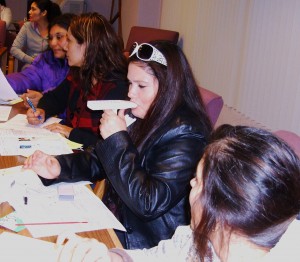 nd severity of chemicals known or believed to cause cancer. According to the report, this ranking means that there is a “greater likelihood that toxic chemicals could be present at levels that could threaten children's health.” For example, if you see a school whose overall toxicity shows up in the second percentile, you'll know only 1% of the nation's schools had higher toxicity levels.

I could see expressions of concern, curiosity, disbelief, and concern, cross the faces of the people who came to listen. In the midst of delivering the bad news, I knew I was doing my part by empowering citizens to take action in their own lives to improve the air they breathe. In doing so, individuals end up feeling better about their lives and the health of their families.

Though our presentation was billed as an “Asthma Care Workshop”, much of the information shared could have easily applied to anyone. The people who came had a lot of great questions: Do pesticides cause cancer? How will I know if my husband has asthma if I’ve never taken him to the doctor? Why are children more affected by air toxics than adults?  I later found out that most of these parents had children with disabilities. ‘No wonder they looked so worried,’ I thought. Yet, the feeling of empowerment and content was spread throughout as they learned about tips, guidelines, and tools to reduce their families’ exposures to indoor and outdoor air toxics.

Exposures to air toxins can lead to general respiratory illnesses and/or discomforts. In Medford’s Crossroads School alone, for example, at 97% of overall toxicity, the top polluting chemical is formaldehyde.  As the report indicates, “this is the overall toxicity measure, but includes only those chemicals known or thought to cause cancer.” Not only cancer, but also asthma.

Have you heard that saying, “Knowledge is power”? Well, this was especially true in this case. UNETE and Beyond Toxics are looking forward to tackling environmental health issues together for these and other concerned parents.

But I’ll save those details for my next blog…