Refusing to be a corporate throw-away community 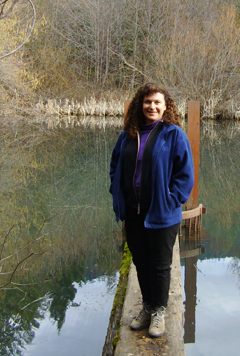 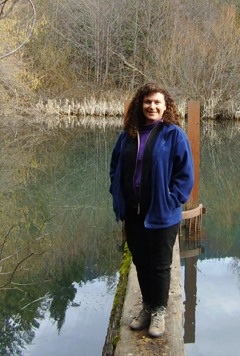 Our ground-breaking work centers on bringing the voices of Oregonians to the forefront of policy reform. What do I mean by that? We help people who want to speak “ground-truthing” to power; in other words, using their real experiences to expose corporate financed and secret backroom deals that allow industry polluters to mislead and harm the public.

Two philanthropic organizations recently featured Beyond Toxics as exemplary examples of effective grassroots work. The Resist Foundation (Massachusetts), featured our unique work blending environmental justice with our fight to stop coal trains, and the McKenzie River Gathering Foundation (Oregon) shined a spotlight on our gutsy “get it done” style and list of many accomplishments.

You know, I get calls every week with accounts of what is happening when chemical trespass brings illness and property damage to the lives of every day Oregonians. With your steadfast support, Beyond Toxics can investigate, report and fight for better environmental laws that protect the environment and safeguard our health.

I want to share just a few stories, in addition to the ones I described in the Eugene Weekly. The sad part is the story, but the hopeful part is what Beyond Toxics did to make a positive difference. In each case, we didn't just troubleshoot an individual problem; instead we elevated grassroots assistance into stronger human health and environmental protections.

Air Toxics, Asthma and School Kids: A teacher in a Lane County school district called to alert us that children were have trouble breathing during recess because of the ammonia and creosote fumes from a nearby factory. Beyond Toxics leapt into action, researched the relationships between air pollution and asthma and got the EPA to investigate the polluting industry for violations. The investigation is underway! We also got Union Pacific Railroad to clean up a huge hazardous waste dump!

Run-Away Power Fuels Coal Trains: As soon as Beyond Toxics heard that an unnamed multinational corporation had signed a secret MOU ("Memorandum of Understanding") with the Port of Coos Bay to bring coal trains to the Willamette Valley and Oregon Coast, we teamed up with another non-profit to file an Oregon Public Records Request. We are seeking to reveal the identity of the coal companies and their coal export plan. While waiting for the courts to decide if we get access to those records, we have held rallies, teach-ins, marches, and written lots of editorials that gathered the public support to pass an anti-coal train resolution in Eugene. 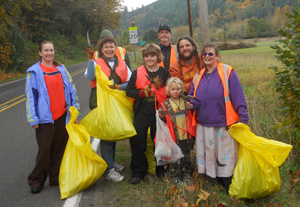 Pesticides on Highways: A woman in Marion County receiving chemo-therapy treatment for cancer begged for a reprieve from roadside spray so that she could protect her weakened immune system from toxic chemicals while driving from her home to her chemo appointments. Her plea went unanswered, so Beyond Toxics used her story and others just like it as the catalyst for our report on just how much pesticide is sprayed on Oregon’s roads and highways. As a result, ODOT has established a 25% chemical reduction goal for 2015.

Beyond Toxics doesn’t sit by and let bad practices and policies continue to harm folks! We take decisive action! Please join our team! We need your membership and involvement. Refuse to be a corporate throw-away by joining now and helping to make environmental health Oregon's moral and practical standard.

See the news stories about our work in 2012.

Like what you read? Sign up to be kept informed of new blog posts as they are posted.