Toxic exposure against our will 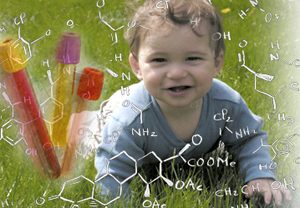 Roundup, the herbicide that contains glyphosate, has gotten a lot of international press in the past week.  And none of it is good news for us living beings who are exposed to Roundup in our food and in the environment. The use of a chemical known to bring about serious harm, especially by the government and industry, is a form of chemical trespass; it is toxic exposure against our will.

A peer-reviewed study conducted by researchers at MIT concluded that Roundup has a "negative impact on the body [that] is insidious and manifests slowly over time as inflammation damages cellular systems throughout the body."

Specifically, Roundup has been linked to endocrine disruption and cell death, Parkinson's, infertility and a variety of cancers.

Beyond Toxics conducted a 2013 study of what herbicides were purchased and applied on public and private lands all over this state. During a press conference at the State Capitol in March, we revealed our findings showing that Oregon government takes $2.5 million of State Lottery funds every biennium and gives the money away in “weed grants” for the purchase and application of toxics pesticides.

Glyphosate, the active ingredient in Roundup, was the most commonly used product. Picloram, a known ground water pollutant and carcinogen, was the second most frequently applied herbicide.

These publically funded projects have focused exclusively on applying harsh chemicals.  This is no way for our state government to support public health! And it’s arrogant to spend public dollars on chemicals that are known to be toxic to our reproductive system.

Beyond Toxics has asked the Department of Agriculture to require the development of an integrated pest management plan (IPM) before doling out public funds for weed sprays. HB 3364, legislation that passed in the Oregon House and is on its way to the Senate, will require IPM as the science-based standard for pest management.

In discussions with folks around the state of Oregon about their home gardens, I’ve often heard people say that they “just spray a little Roundup, because it is barely harmful.”   Be careful – all ‘cides’ – including herbicides and insecticides – are designed to kill living things by disrupting normal cell function. Roundup causes DNA damage.

Just because any of us can buy Roundup off the shelves in any nearby garden and hardware store doesn’t mean that the government knows it is safe.  A case in point, the EPA finally just confirmed, after decades of denial in the face of overwhelming evidence, that formaldehyde and styrene are carcinogens. Formaldehyde and styrene are common in household products (think Styrofoam cups).

There is a critical connection between our health and what's in our environment and consumer products.  In Oregon, let’s work together to prevent chemical trespass. As an easy first step, please sign our Safe Public Places endorsement petition.

Would you like to be kept informed of future blog posts by Beyond Toxics? Please sign up for our email alerts below...we send them out--on average--about twice a month.