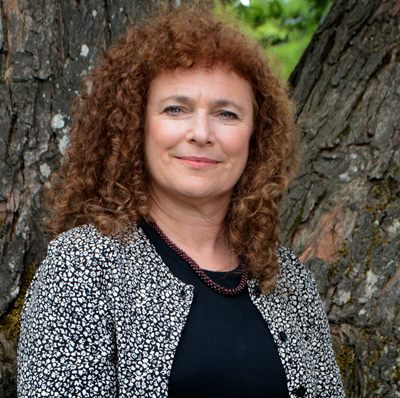 Protecting human health has always been a race between action and disaster. Consider how long society waited to remove lead from gasoline and paint, and the disaster that inaction inflicted upon generations of children and their brain development. As our technologies race ahead of our prudence, we’ve learned that local actions can have universal ramifications, for better or worse.

The mostly untested tons of synthetic chemicals unleashed on the world affect every living creature. They’re in our food, soil, oceans and air. Toxic industrial chemicals lodge in our bodies without our knowledge or consent.

These chemicals are powerful agents that can change our body chemistry. Fetuses are exposed to a chemical soup even before birth, and recent research shows that minuscule levels of pesticide exposure can affect children’s developing brains and behavior. In the environment, pesticides decimate bees, disorient salmon, and turn male frogs into females.

This is why the Oregon Legislature’s passage of House Bill 3364 is cause for optimism and celebration. The new law means the state has taken a leading step to heed the science on the risks of pesticides. Starting immediately, all state agencies will work to reduce pesticides that were routinely used on state roads, parks and forests, and in office buildings.

Beyond Toxics led the advocacy effort for the pest management and pesticide reduction bill. We worked hard to cultivate bipartisan support for its passage. We’re profoundly grateful for the collaborative efforts of the governor’s staff, lawmakers, non-profits, educational institutions and agencies.

Legislators looked objectively at the science, often a rare practice in a partisan environment. Oregonians can rest assured that the underpinnings of HB 3364 are scientifically unassailable. Parents especially will find comfort in knowing that parks, forests, roadways and rivers will be protected.

The law requires that all pest management — from controlling weeds to eliminating rodents — be done in a manner that “minimizes risks to human health, non-target organisms, native fish and wildlife habitat, watersheds and the environment.”

HB 3364 champions integrated pest management solutions that use the checks and balances of natural systems and mitigate the need for pesticides. Under the law, state policies will be guided by the State IPM Coordinator at Oregon State University. Agency staff will work with and be trained by scientists at the OSU Plant Protection Center.

That is a significant boost for safer pest management, because OSU ranks at the top of U.S. universities in advancing a rigorous scientific program to help agriculture and forest operations reduce the need for pesticides. Since testing is the essence of the scientific method, the bill specifically requires measurable performance results toward the goal of “protecting the health and welfare of children, the elderly and other members of the public.”

Integrated pest management policies are just beginning to be implemented across the country in response to our expanding understanding of pesticide’s disastrous impacts to people and ecosystems.

Oregonians can be justifiably proud that we are in the forefront of so many environmental and public health issues, and that Oregon’s law is a particularly comprehensive and laudable model.

Change is a collaborative process. Addressing the dangers of toxic chemicals requires the commitment of educators, scientists, advocates, legislators, and an aware public. Beyond Toxics especially appreciates the work of local legislators, including Sen. Chris Edwards, the bill’s chief co-sponsor; Sens. Floyd Prozanski and Arnie Roblan; and Lane County’s representatives, who all voted “yes” to make Oregon a safer and healthier place. Rep. Alissa Keny-Guyer, D-Portland, was the legislative powerhouse who steered the bill’s successful passage.

In the constant battle between precaution and disaster, this law is a significant victory in our effort to blend precaution with scientific principles to prevent problems that threaten public health.

Lisa Arkin of Eugene is Executive Director of Beyond Toxics.