Bees Get Their Day at the State Legislature 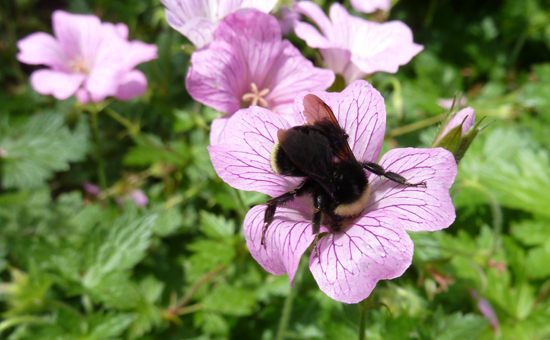 The Legislative hearing on Bee Health and Pesticide Use on November 21 was an important milestone.  Lawmakers heard from a number of panelists that pesticides are harming bees.

The day started with Beyond Toxics delivering nearly 12,000 signatures to Katy Coba, the Director of the Department of Agriculture calling for a ban on a class of pesticides labeled neonicotinoids.  These pesticides are very toxic to bees and are one of the factors in colony collapse disorder.  Beyond Toxics also hosted the Beauty of the Bee Photography Exhibit in the main Galleria, as well as offering tasty treats from crops pollinated by bees (pumpkin pie, figs, apples, and more).

At 2:00 pm dozens of people showed up for the Bee Health and Pesticide Use hearing in the House Committee on Agriculture and Natural Resources.  The highpoints I took away from the hearing give me hope that Oregon will soon take meaningful action to protect bees and other pollinators from the threat of extinction by pesticide poisoning:

The ODA tried to convince the Committee members that the 60,000+ bumble bees that fell to their deaths this past summer had more to do with linden trees than pesticide exposures.  Calling it an “unprecedented step,” Katy Coba announced that ODA would restrict two neonicotinoid products from being sprayed on linden trees.  Was anyone impressed with this drop in the bucket for bees? Highly doubtful.

Some members of the House Agriculture Committee as well as other panelists asked about using regulatory curbs with significant restrictions to reduce the risks from neonics.  It is good to know that some lawmakers are focused on real solutions and not merely joining in lock-step with the chemical lobbyists.

There is talk of doing something substantive to protect bees in the 2014 legislative session.  After all, the work of bees accounts for more than 600 million dollars of profit for farmers in Oregon.

That would be critical because, as expert panelist Alan Turanski from Glory Bee Foods summed it up, “Bees are as important to Oregon’s agricultural sector as water and the sun.”