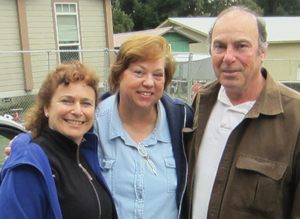 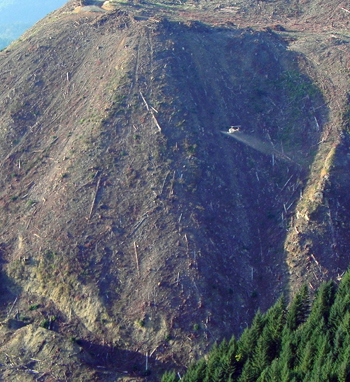 The owner of the timber company who had hired the helicopter operator claimed that there was no way any helicopter was near the sickened residents. The Oregon Department of Agriculture, the agency in charge of the investigation, went public claiming that only glyphosate (the active ingredient in Round Up) had been sprayed and laid seeds of doubts that the community had been exposed at all. Beyond Toxics challenged that (false) statement.

We knew that could not be possible based on the level of human health symptoms and the property damage that was being reported. They reported seeing two helicopters flying that day in October and spraying chemicals right above their homes. Babies, children, parents, adults, dogs and horses got sick. Grass, plants and trees showed chemical damage. We helped the community carry out a Health Survey that showed all of the 17 respondents (plus additional children) had serious health impacts ranging from severe headaches to nose bleeds to vomiting. 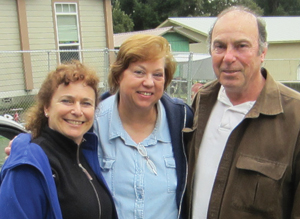 Beyond Toxics continues to stand by these rural residents. Last month, Beyond Toxics filed a petition with the Oregon Attorney General demanding public disclosure of the documentation related to the October helicopter spray and the community harm. The Department of Justice issued a ruling in our favor and said that the Department of Agriculture had to release their documents. Within days of the affirmative ruling, nearly 6-months after the spray incident, the state investigation is being released to the public today.

If you want to understand how these poisonings could happen in Oregon, just study the Oregon Forest Practices Act. A report published by Beyond Toxics outlines the failures of our state’s law on spraying herbicides over vast tracts of forest land to protect people, drinking water, rivers, salmon, domestic animals, and your private home – the place you consider your sanctuary and your place of safety. Oregon has the weakest Forest Practices Act in the Northwest. And yet our PUBLIC state agencies defend the industry-written law, defend the practice of using helicopters to spray herbicides from the air above homes, schools, organic farms and salmon streams, prevent people sick from pesticide exposure from getting information to help them get well, and are silent when it comes to discussing how to strengthen environmental health protections.

Check back with the Beyond Toxics blog, with Earthfix and with the Eugene Weekly to learn what is released to the public later today.