Eugene struck out with Seneca deal 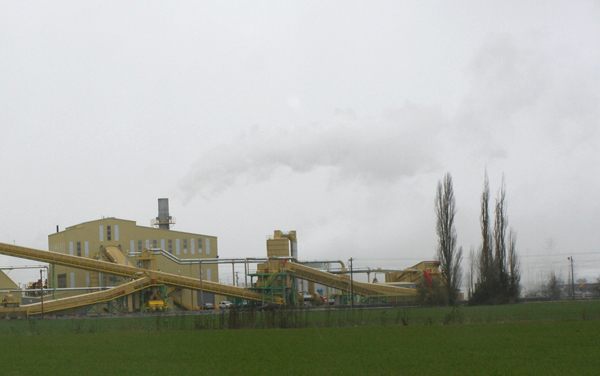 It’s the bottom of the ninth, and Lane County citizens are down 0-3. From our seats in the nosebleed section of the bleachers, we find our home team facing direct impacts of localized carbon pollution, air quality and the size of our energy bills.

The Lane Regional Air Protection Agency issued a “red alert” advisory for unhealthy air conditions, The Register-­Guard reported. In an attempt to mitigate the spike in poisonous air pollution, LRAPA also instituted a ban on residential fireplace and wood stove burning. Such burning releases dangerously toxic tiny particles into our air, the same sort of pollution now plaguing Beijing. During such a ban, any visible smoke from a chimney could result in enforcement action and a fine for residents.

Not so for Seneca’s Sustainable Energy’s wood-fueled incinerator in west Eugene. While we are prudently prohibited from warming our homes with wood, Seneca’s wood-burning boilers continue to discharge particulate matter into our air, amounting to many tons annually, further increasing the risks of asthma and stroke. It’s not looking good for the home team. 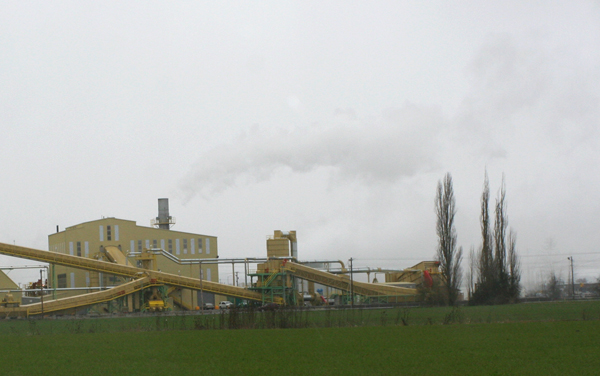 Then came a second news article, this one reporting on the Eugene Water & Electric Board’s plan to raise residential energy rates. One of EWEB’s suppliers is Seneca’s woody biomass plant. Seneca’s secret contract with our public utility has been blamed, in part, for rising costs. That contract requires EWEB to buy Seneca’s electricity at a price that ignores decreases in competitive market rates. We, through EWEB, are locked in to these higher rates until 2025.

What irony! Families banned from using wood stoves and fireplaces during weeks of freezing temperatures are then forced to rely on EWEB’s electricity to heat their homes — including electricity from Seneca, a significant source of wood-burning pollution!

In retrospect, EWEB’s decision to tie its “sustainable energy” star to Seneca’s woody biomass incinerator handicaps both ratepayers and our local environment. The board president now admits that EWEB “made a ‘mistake’ when it signed a long-term contract to buy power from the Seneca wood-burning electricity plant north of Eugene, and the utility has tried, unsuccessfully, to get out of the contract.”

EWEB’s mistake, and Seneca’s obstinate imposition of its contract, are three strikes against local solutions to global climate change. Meanwhile, Seneca gets to steal home base.
Strike One: We, EWEB’s customers, should be dismayed that Seneca significantly pollutes the air we breathe. Then, bafflingly, Seneca requested and was recently granted a permit to increase its fine-particle pollution!

According to “Clearcutting our Carbon Accounts,” a 2015 report from the Center for Sustainable Economy and GEOS Institute, when a forest is logged and cleared, the carbon stored in trees is released. Not all stored carbon is lost at once. Some carbon continues to be stored in longer-lived wood products, such as structural lumber for buildings.
On the other hand, biomass incineration releases stored carbon into the atmosphere quickly and prematurely. Deplorably, Seneca’s carbon contribution will not be reabsorbed for hundreds to thousands of years.

As Eugene does its part to confront global climate change, it is crucial that we look for energy solutions that do not release a plethora of toxins and pollutants harmful to our environment and our health. With its air pollution, carbon pollution, and misdirected investments, biomass is a bean ball smacking us in the head as we seek truly green and renewable energy.