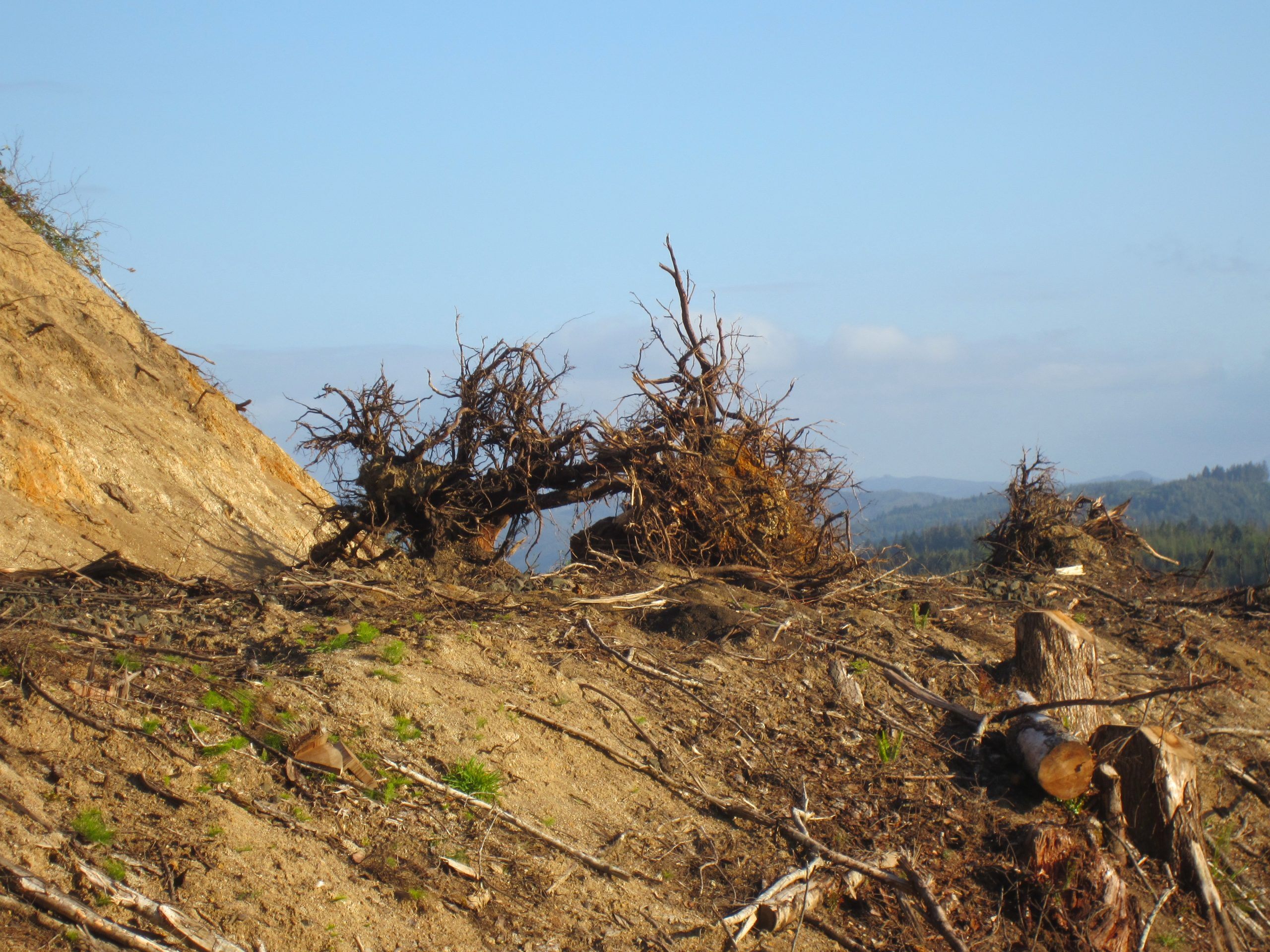 Did you know our own Oregon (ODF) is clear-cutting and chemically poisoning public state forest lands, using the same extractive methods as multi-national timber corporations?
The latest herbicide sprays on our public forests took place this month along the Northwest Oregon Coast. Here are the opening lines of a July 29 article in a Tillamook newspaper:

“The public forests of Oregon’s North Coast are scheduled to be aerially sprayed sometime before August 31, 2017. Spraying will potentially impact … the Kilchis, Lower Nehalem, Cook Creek, Upper Wilson, and Upper Trask watershed areas. While ODF has directly notified its employees [to avoid exposure to toxic chemicals being sprayed on clearcuts], ODF has failed to sufficiently notify the public of these toxic spray events despite potential impacts on trails, watersheds and campsites during the peak summer season.” 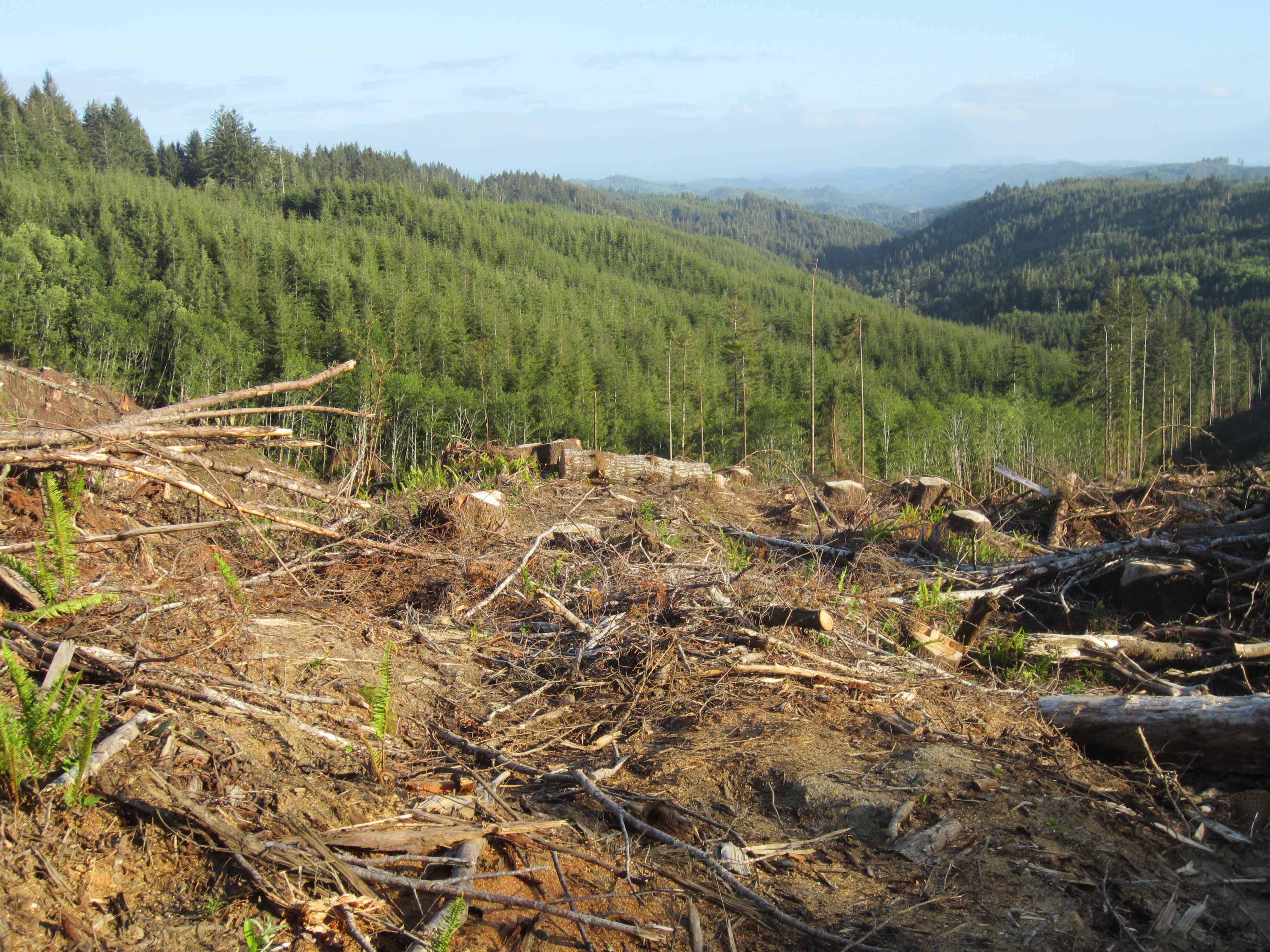 We at Beyond Toxics believe you have the right to know what our state agencies are doing in our public forests. On behalf of Oregon’s frontline communities, Beyond Toxics filed a public records request asking the Department of Forestry to share information about what they spend on herbicides sprays, what chemicals are being used and who they are contracting with to do the work. That is called transparency. We filed the first public records request more than 18 months ago, in January 2016. The state agency billed us nearly $9,500. ODF told us that, to reduce the fee, Beyond Toxics needs to severely narrow our request. We’ve re-submitted our request multiple times, the most recent effort on August 7. We still haven’t seen any of the information we've requested.

A state agency shouldn’t be using the threat of charging us thousands of dollars to obstruct access to information that is rightly in the public domain. We need to collect relevant data to create accurate reports and properly inform the public about what’s going on their public lands.

Second, why does it take a state agency $9,500 of staff time to collect the documents? Is the problem one of mismanagement or disorganization of important public documents? If our tax dollars pay for the clear-cuts and sprays then they should also pay for the right to information about chemicals. Thirdly, this is an unnecessary hardship for grassroots organizations that work to protect and enhance public health...most of us don’t have $9,500 lying around to pay ODF.

We must act now to demand better transparency from our state government and public agencies. ODF must be willing to work with the public for better transparency. Instead, ODF has stalled, subverted, and obstructed our public records request.

The role of good government is protecting the public welfare, public resources, and public health. It follows that Oregon Department of Forestry should engage in an overhaul of the outdated and destructive Oregon Forest Practices Act. Oregon’s “Forest Laws” are nothing more than a bygone relic.

The federal government stopped using aerial sprays on public federal forest lands nearly forty years ago. Their decision was made to protect the health of government workers. Our state government is failing to protect the public by clinging to the extensive use of aerially sprayed pesticides and shrouding this fact in secrecy.

P.S. Beyond Toxics is hosting a Resilient Forestry Tour on Wednesday, August 23rd. Come experience a working forest rich in wildlife habitat and climate-friendly benefits. You’ll learn about how healthy forests yield an overabundance of rewards that extractive forestry companies steal from future generations of Oregonians.