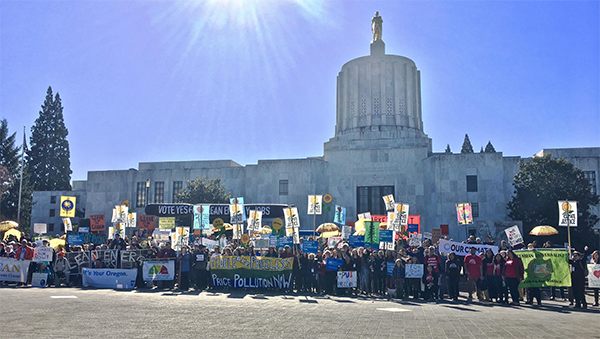 I believe Oregon is going to be a global leader to champion human rights as a guide star of a meaningful approach to climate change.

What evidence do I see?

On February 12th, the Eugene City Council overwhelmingly adopted a resolution to endorse the International Declaration on Human Rights and Climate Change. Our Council and Mayor are standing on the precipice of a new direction to address climate burdens! Foregrounding human rights at the heart of green energy conversations is a response to the ethical quagmire in which our nation is stuck. Placing the dialog into a framework of human rights changes the underlying assumptions of the climate movement from political concerns to principled action, from marketplace considerations to morally-based decision-making. 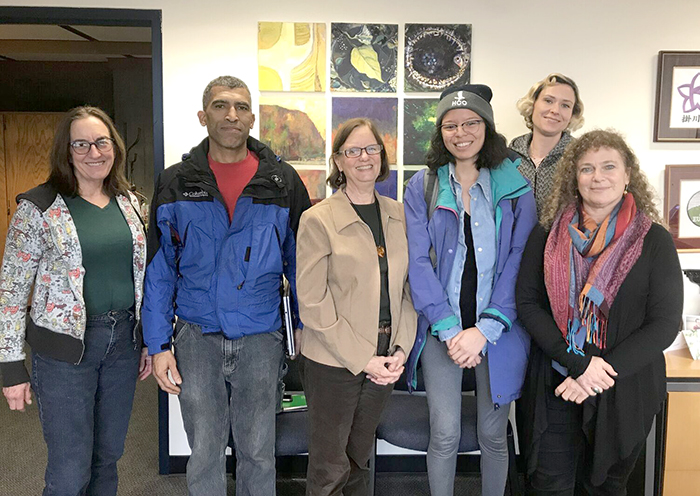 Eugene is the second government entity in the global climate movement and the most populated city to formally endorse the International Declaration on Human Rights and Climate Change (HRCC)! The first city to endorse was Yachats, Oregon, home to one of the Declaration’s authors Dr. Tom Kerns. Tom, a former Beyond Toxics board member, worked with an international team that included numerous world-renowned environmental-human rights scholars to draft this amazing statement of principles. The Declaration is a clarion call to governments to address the human rights implications of climate change. The HRCC Declaration is part of a growing movement of initiatives reflecting the need to understand human rights and environmental justice as intrinsically threatened by climate change. The Declaration has been adopted by institutions around the world and was presented at the Paris Climate Accord Talks.

By endorsing the Declaration, Eugene can declare itself a visionary, taking needed action that recognizes the rights of humans and the natural living ecosystems that we are not separate from. Eugene is leading the way in the effort to recognize that climate injustice is closely intertwined with historical patterns of socio-economic, racial and gender injustice.

Earlier that same day, I marched with over 400 Oregonians at the Clean Energy Jobs Rally at Oregon’s State Capitol. The positive energy of climate activists was vibrant and inspiring! We also met with legislators to ask them to take action now, this year, to transition Oregon away from a fossil-fuel driven economy and towards a renewable economy. Beyond Toxics continues to help shape Oregon’s policies based on an environmental justice framework. 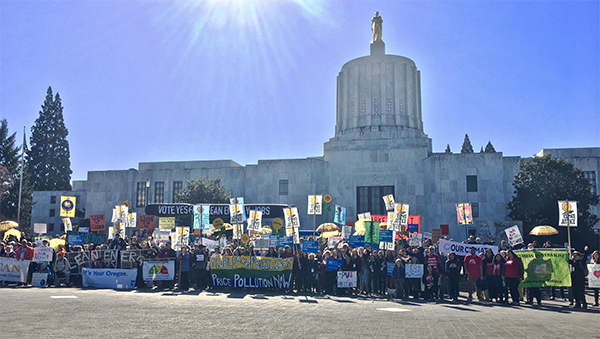 As I write this blog, I’m happy to share with you: the Clean Energy Jobs bill passed out of the Senate Environment and Natural Resources Committee today, on Valentine’s Day! (See the video, shot and edited by our own Ephraim Payne, of the Monday Clean Energy Jobs Rally.)

Of course, Beyond Toxics is here for the long haul to work with communities for climate justice. Climate change is predicted to impose the harshest burdens on communities with uneven and unrecognized vulnerabilities and those without power. I’m thinking of children, who depend on adults to make the world a safe place. I’m thinking of island communities, farming-dependent cultures and indigenous peoples. Oregon is home to a number of tribes and people of indigenous ancestry. As eloquently stated by some of the authors of the Declaration, for indigenous peoples “the threat of climate change goes to the heart of their existence as a people, with all that that implies for their right to exist as the people they are.”

Beyond Toxics wants to work with other communities, organizations, faith groups, schools and other institutions to build a vital and effective movement towards climate justice. Please join us by endorsing the Declaration! Please contact us to bring more government bodies to a place of compassionate action.