From Despair to Action: A Climate Activist Leader in the Making 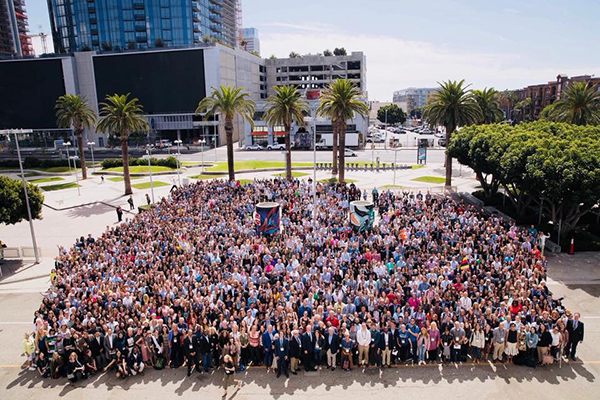 “Will our children ask, ‘Why didn’t you act?’ or will they ask
‘How did you find the moral courage to rise up and change?’” - Al Gore

Last November, I took my daughter to see 350.org’s community showing of Al Gore’s climate change film, An Inconvenient Sequel: Truth to Power, at Central Lutheran Church. I walked into the showing-room sanctuary where a man played the organ and multi-colored light crashed in through the stained glass windows. It seemed an appropriate venue to learn what humans are doing to one another and creation—this room was a place where many contemplated their idea of a creator. As Al Gore says, this is a moral issue. 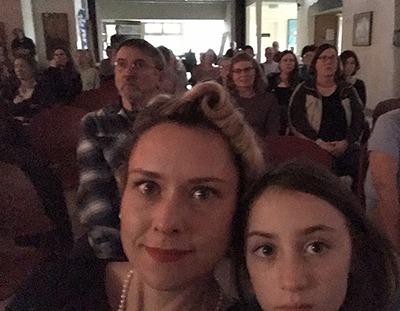 Mysti and her daughter at one of the Eugene screenings of "An Inconvenient Sequel: Truth to Power."

I’d wrestled with whether to expose her to the same truth that had thrown me into despair in my youth. The look on my daughter's face as the movie described our current crisis made me wonder if I’d made a mistake. She has a right to know, though, as do all the children whose futures are being decided by our present action or lack of it. We need all hands on deck, and Mr. Gore did balance the message of current doom with one of future hope—a belief that humanity can change.
Gore mentioned the Climate Reality Leadership Training Corps (CRLTC) at the end of the film. I did a little research and, before I knew it, was hugging my daughter goodbye at the Eugene Airport, boarding a plane to LA for the CRLTC’s conference and training. I’d joined up with the Climate Corps. 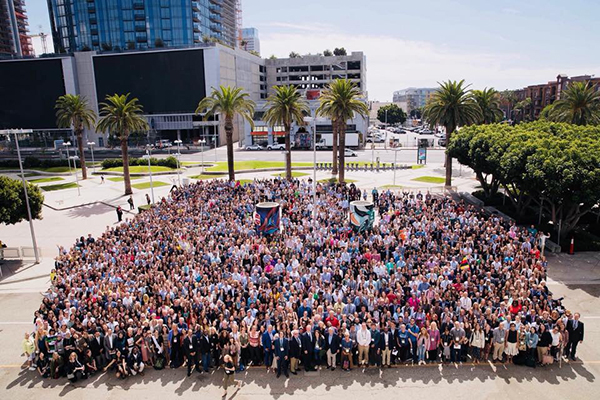 Mysti standing with 2,220 climate activists from around the world who attended the Climate Reality Leadership Training Corps in 2018.

The base of operations for our training was the Los Angeles Convention Center, in the heart of downtown LA. Lines of training attendees pushed out the door until we finally joined 2,220 climate activists from around the world in a stadium-sized room.

People looked like I felt, mostly overwhelmed and nervous.

The United States’ first Youth Poet Laureate, Amanda Gorman, opened with a poem. Her voice rolled like waves, baptized us with renewed hope, and restored our faith that, together, we can corner and solve this thing.

FOSSIL FUELS AND THE POOR
Renewable technologies shouldn’t be reserved for the rich alone. The working poor are hit the hardest by high gasoline prices, those of us who could never afford a Tesla—that sleek, all-electric vehicle I dream of daily. However, if we demand green technology we know the price will drop and that poor and working class people will finally have access to energy-efficient technologies. Who wouldn’t choose technologies that save them money while saving the planet? I can’t think of a better reason for pushing solar panels and electric cars into the market, which will blast the green revolution forward.

“Cars and trucks continue to be the number one source of greenhouse gas emissions.” — Al Gore

Former California State Senator Fran Pavley, called “the mother of California climate policy,” spoke about their battle to pass California's Clean Car Standards in 2002. That law inspired 13 other states to do the same—Oregon among them. This landmark bill was the nation’s first to set limits on global warming pollution coming out of our tailpipes. President Trump’s declared intent to attack this trailblazing legislation caused all of us to question his moral competence and only served to strengthen our resolve. 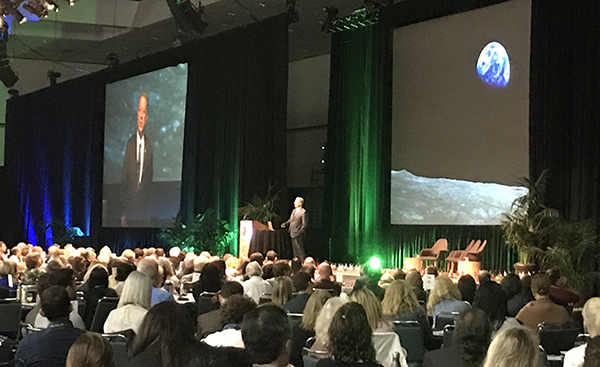 Gore impressed on us the need to not only strengthen our resolve, but hasten its pace with his announcement about a bill being voted on in the California Senate that would require 100% renewable energy by 2049. The bill had failed earlier that morning but had made it to a second vote in the afternoon. Gore asked every Californian in the audience to call their representative immediately. The room erupted with excitement.

Afterward, Mr. Gore talked about how even oil-dependent countries like Saudi Arabia realize that the dirty fuels market is dying. He wheeled out a quote from Saudi oil minister Sheikh Yamani: “The Stone Age did not end because of a shortage of stones.” Gore continued, “The fossil fuel age will not end because of a shortage of fuel. We have enough fossil fuels to completely incinerate the planet. No, the Stone Age ended because something way better came alone. The fossil fuel age will end—and is ending—because something better has come along.”

Apparently, the California Legislature recognized this inevitable progress. Later that day they passed the bill to have 100% renewable energy by 2049. The bill was then immediately sent to Gov. Brown of California, who promptly signed it. If California can do that, so can Oregon. 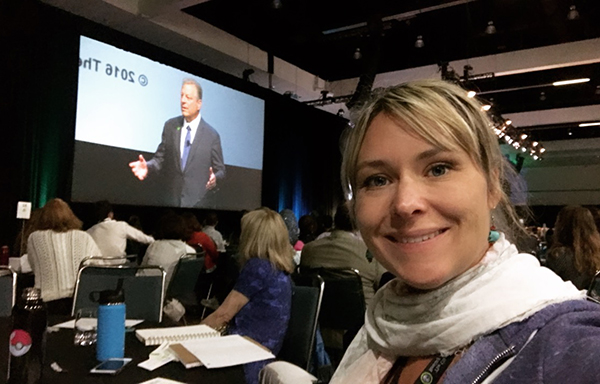 This is why I’m pumped and prepared to fully support legislation like Renew Oregon’s Clean Energy Jobs bill. By working as a climate educator, activist and champion of climate justice I can do my part. Voting is key, and we all know it is essential to motivate young people and future voters to participate.

I must step up now because we are running out of time. My goal is to educate my community. Climate change is a bipartisan issue that affects all of us and it is not a political issue, it is a moral one. We must demand that our elected officials make fossil fuel independence a major focus and if they don’t, we, the people, will organize an army of voting activists to defeat them. We are ready. We will win this! Vote like your children’s lives depend on it. Because they do.

My daughter is very proud of me for becoming a climate reality leader, and that, my friends, is the best feeling in the world.