Lay Of The Land (Use) 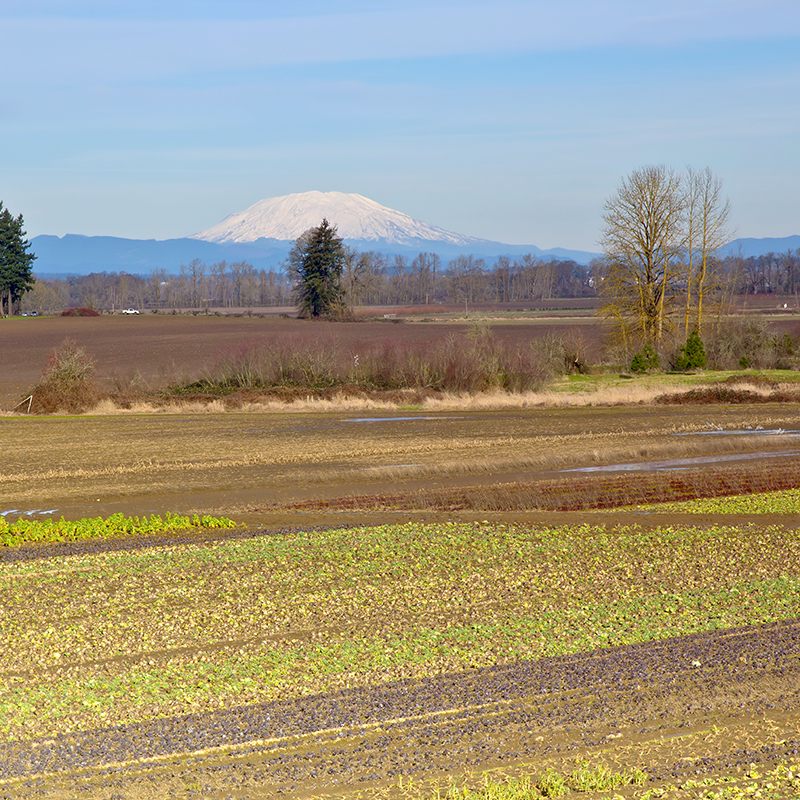 Land is identity. “I’m from the coast.” “I own a farm.” “My family have been ranchers for five generations.” Our sense of ourselves is integrated with the way we own and use land.

Land is equity. Colonial settlement in America was nothing less than taking land—along with identity, wealth, and equity—from the Native American peoples. The pattern continued as Black Americans were systematically denied USDA farm loans throughout the 20th century forcing many to lose their farms and homesteads. Systemic exclusion was repeated again when, left out of the GI home loan programs for war veterans, many Black families were forced to remain renters. Collective historic inequity is four centuries of excluding from land ownership people of color and those not of European ancestry.

Correcting these disparities in identity, wealth, and equity are what we must tackle today. Exactly such an effort came directly from Oregon’s environmental justice communities in the form of HB 2488*. This bill grew in the soil of a society where vulnerability to the risks of climate change are borne most heavily by frontline, low-income rural and communities of color.

HB 2488 incorporates measurable climate and equity goals into land use decisions. Oregon’s statewide land use system, conceived in the 1970s, established 19 land use goals to guide everything from urban development to protecting oceans, farm, and forest lands to planning transportation systems. It was a bold accomplishment to conserve natural resource and coordinate urban development between local governments.

Historically entrenched racial and cultural inequities, unfortunately, are not addressed at all within Oregon’s original 19 land use goals. Half a century has passed with few updates to the land use planning system, despite the influence of land use on nearly every aspect of identity, wealth, and equity.

Cities and counties depend on the 19 state land use goals to guide important decisions such as expanding a city limit or converting forest land into upscale suburban housing. For example, during the two terms I served on the Lane County Planning Commission, I was able to observe how patterns of historical exclusion and bias are woven into the fabric of land use goals. This is particularly true for Goal 1, called the Citizen Participation Goal. What I saw was that the people participating were land owners and their lawyers, not ordinary Oregonians whose wellbeing may be impacted by actions taken by cities and counties at the request of land use lawyers. Over the nearly eight years I served, I never heard testimony from a person of color, a renter, a houseless person or someone from public health or disability services.

HB 2488 is the first land use legislation to reveal and unravel underlying prejudices in order to re-weave social, economic, and environmental justice into the fabric of land use laws.

Beyond Toxics and NAACP staff proposed HB 2488 to craft a new, Goal 20 for climate justice. We set out to reverse centuries of excluding vulnerable, disproportionately impacted people from the rooms where decisions are made. Governor Brown set aside $800,000 as seed money to launch the Goal 20 adoption process. Prospects of passage looked hopeful. Yet the version of HB 2488 that passed out of committee on a 4-3 partisan vote was extensively altered in committee due to opposition from lobbyists and legislators who prefer to keep the status quo.

Gone is the climate mitigation goal that would have required city and county planners to consider the climate impacts of major land use decisions. Climate considerations are necessary to guide decisions such as whether to expand city limits toward an unstable shoreline, or whether carbon rich farm soils should be converted to parking lots. Gone, too, is the prospect of data mapping to help local governments address the unequal impacts of climate and public health burdens on vulnerable communities. These impacts include where to build transportation corridors or whether to allow heavy industries next to low-income neighborhoods.

The good news is the amended bill still aims to center inclusion in land use planning by incorporating practices to engage the community, particularly our historically excluded groups.

As it stands, HB 2488 is a positive step, yet it bears mention that if we take such tiny steps, we risk great peril. Today’s land use decisions inexorably shape what will only become more critical—and less reversible—as climate-deteriorating impacts accrue. Lack of action will, as it has for centuries, cause vulnerable communities to suffer disparities in identity, wealth, and equity.

The ideas behind HB 2488 have the potential to spur immediate next steps on the pathway toward achieving climate, equity and environmental justice for all of us.