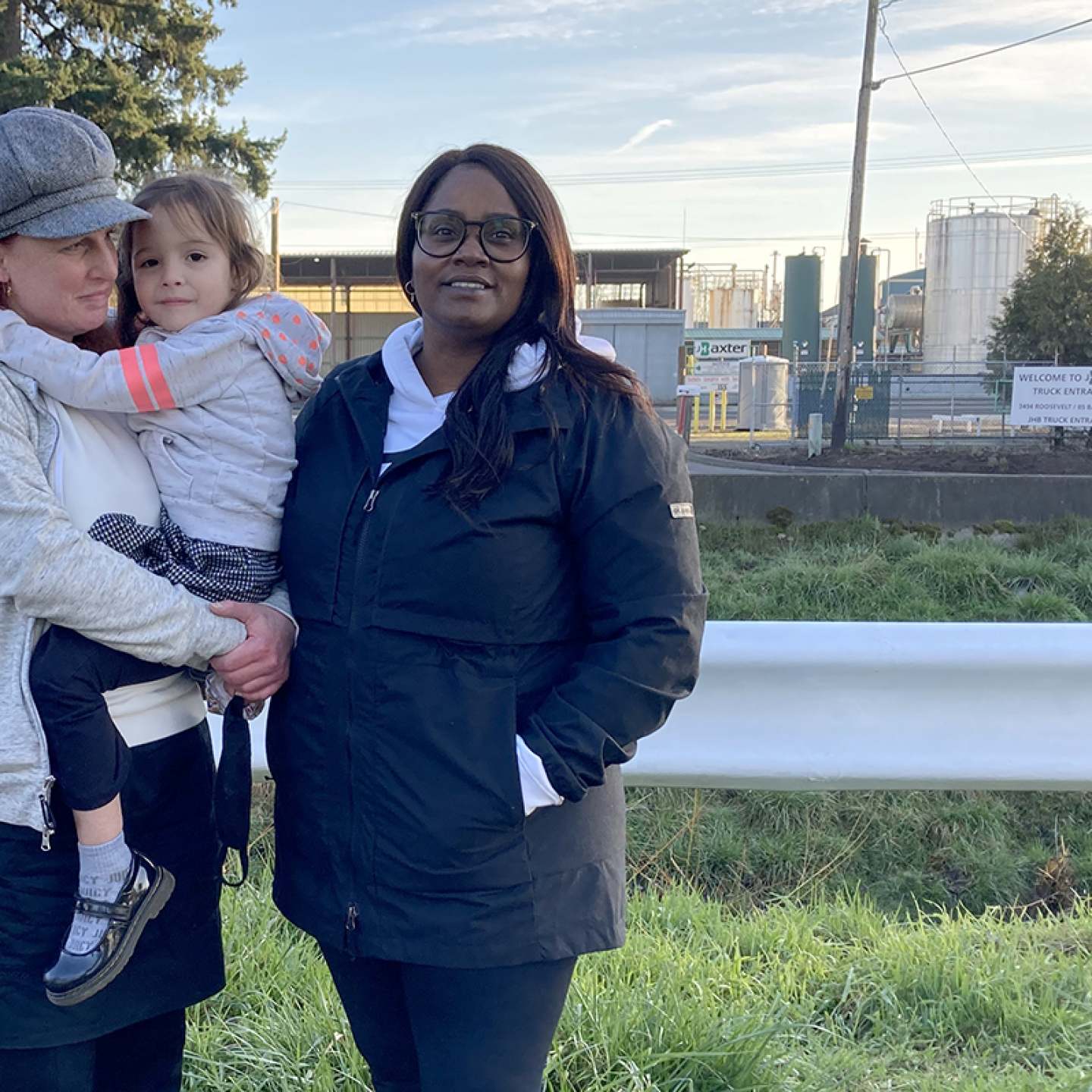 On Friday afternoon, I went with two other Beyond Toxics staff members to stand across the street from the JH Baxter wood treatment facility. We took a moment to breathe in a deep breath of air and celebrate the absence of creosote vapors – the nauseating, eye-burning, nose-searing combination of many chemicals including naphthalene and petroleum – that have defined living in the area for decades. 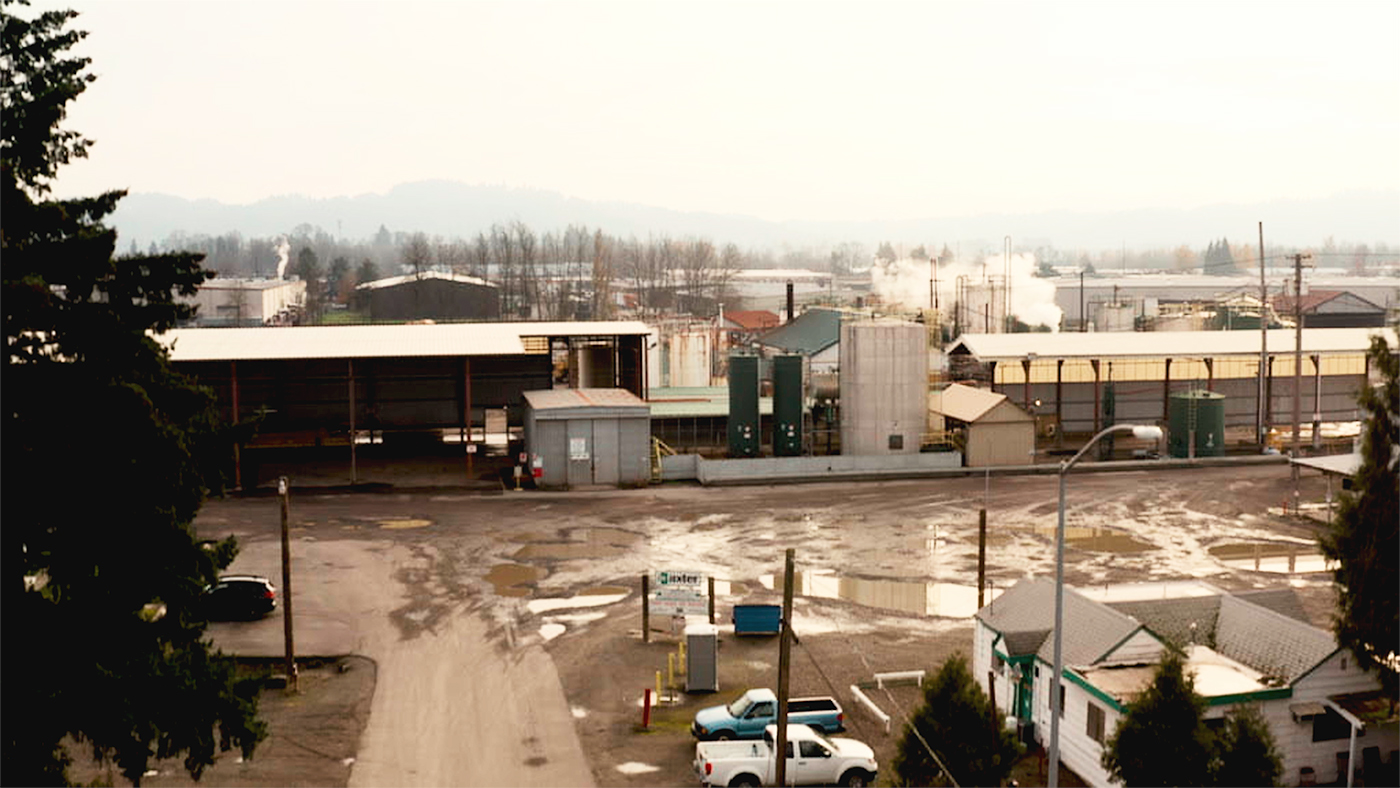 JH Baxter’s unrelenting toxic pollution has, since the day it began operating, caused devastating harm to workers, Bethel residents and the surrounding neighborhood. We will continue to stand by the community to do everything to ensure this polluter is held accountable to pay for cleaning up dioxin-contaminated soils, toxic PCB plumes in the groundwater and nearby streams and their own highly contaminated 42-acre site.

The devastating effects of JH Baxter’s greed and illegal practices will be felt in the community for decades to come. People who once lived there or who still live there will suffer an increased susceptibility to chronic health problems including cancer, asthma, hypertension, and diabetes for the rest of their lives. The toxic legacy left behind will haunt nearby neighborhoods for generations not yet born. 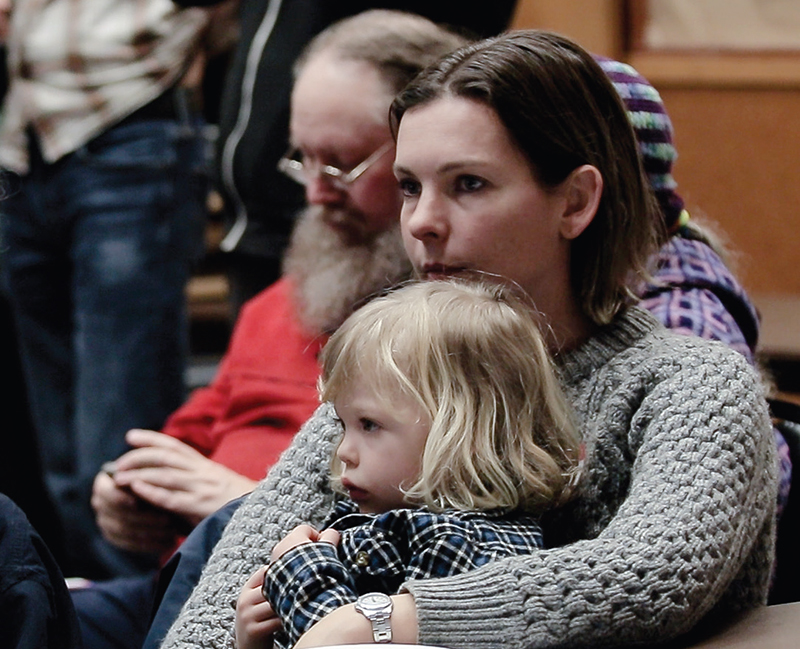 Beyond Toxics has fought for clean air in the Bethel community since 2006. We’ve been fighting for the principle of holding polluters accountable since our founding in 2001. Our work with West Eugene neighbors began by raising awareness about air and groundwater pollution from the Union Pacific Rail Yard.

We further amplified our work in 2009, when we walked the streets with City Councilor Andrea Ortiz (she later died of complications from a respiratory illness). As we walked together, Councilor Ortiz commented on a persistent chemical stench from nearby industrial facilities, leaking rail cars parked next to homes and parks, and two separate groundwater plumes of vinyl chloride and PCBs. We discussed high rates of cancer, asthma and other illnesses as well. In particular, we talked about the unbearable odors emanating from the JH Baxter plant. 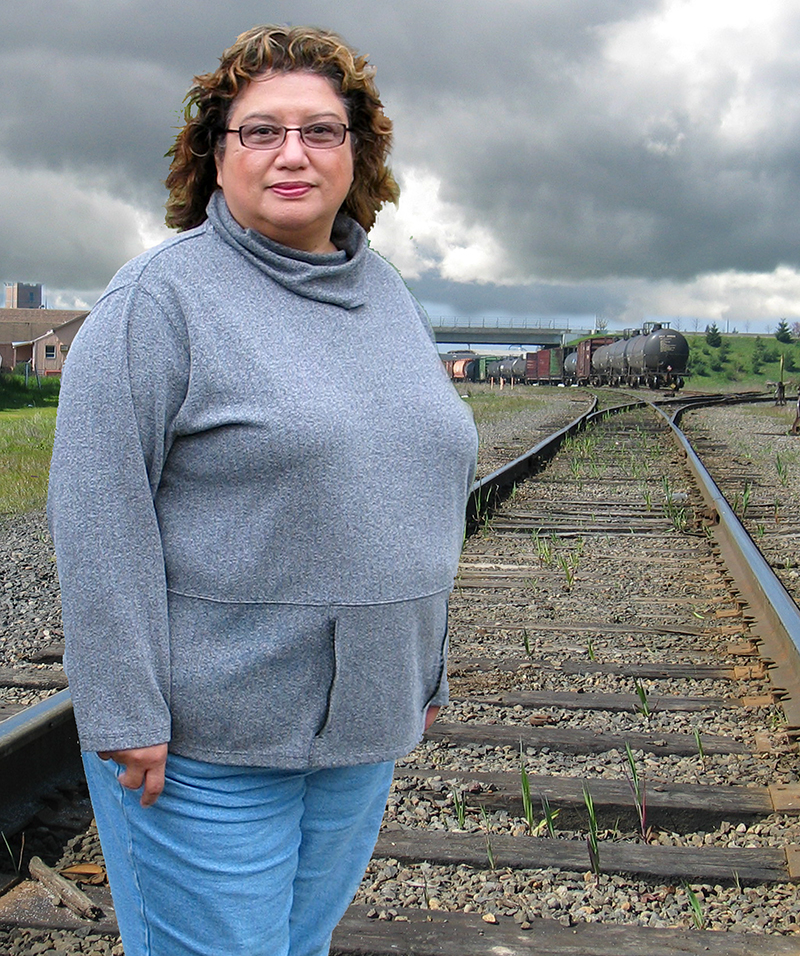 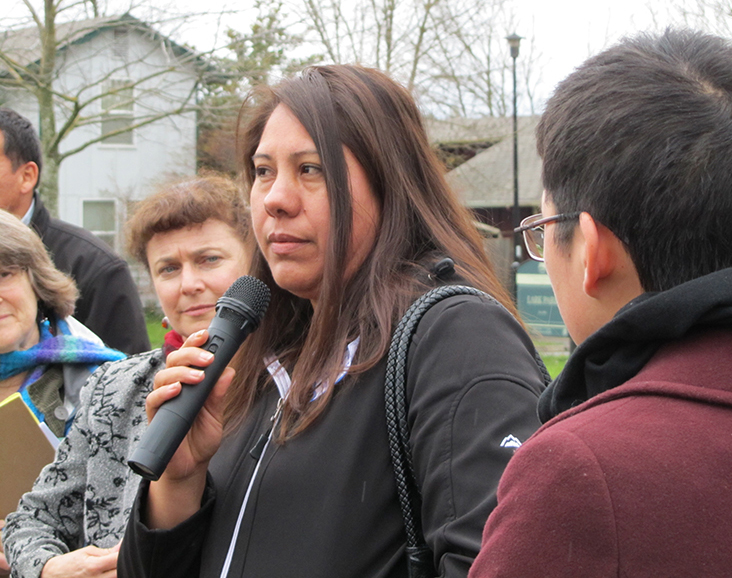 During the 2012 West Eugene Bus Tour a Latinx mother tells the crowd of her daughter suffering from asthma as a result of living near JH Baxter.

A year later, a teacher from Fairfield Elementary School called us in a panic as the staff rushed the school children back inside from recess. I will never forget her words: “A wall of chemical vapors is overwhelming us! We can’t breathe!” she said. It was the smell of creosote, and JH Baxter was the source.

This call, and other developments, led us to develop the first ever Environmental Justice Toxics Bus Tour in Oregon in 2012.

Over the years we have supported the efforts of Bethel residents to expose JH Baxter’s litany of toxic abuse with a bevy of  grassroots organizing tactics, including health studies, air quality studies, testifying, supporting community coalitions and filing a truckload of complaints. Perhaps most importantly, in 2014 we filed a successful US EPA civil rights and environmental justice complaint against the Lane Regional Air Protection Authority. Without fail, we let regulatory agencies know, in no uncertain terms, that they had failed the community, sacrificed public health and allowed themselves to be subservient to one of Oregon’s worst polluters.

In fact, a day before the shutdown plans were known, Beyond Toxics and the Active Bethel Community had sent a letter to the Mayor and Eugene City Council calling for our elected officials to ask Governor Brown and the DEQ to issue a Cease and Desist order to force JH Baxter to stop operations.

Despite the quiet outward appearance I witnessed on Friday, we remain vigilant in insisting regulators hold JH Baxter to the task of paying for cleanup of the neighborhood and their own seriously contaminated 42 acre site.

The courts will consider JH Baxter’s case to contest (as in “not pay”) the $223,000 civil penalty issued by the DEQ for violating their pollution permit. Striving to uphold environmental justice principles during this court case, we successfully petitioned regulators to represent the community’s interest in JH Baxter’s upcoming court hearing (Read our petition to participate on the community’s behalf). Beyond Toxics will be there to ensure environmental justice is upheld!

JH Baxter and the history of how elected officials and regulatory agencies ignored the downwind Bethel community is an example of structural injustice and unfair treatment. As the dark, harrowing shadow of JH Baxter’s toxic legacy recedes, we must continue to insist that Bethel neighbors deserve a sense of well-being and hope for a thriving and just future.