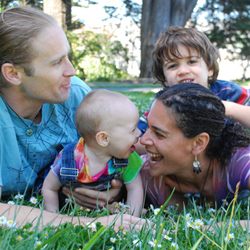 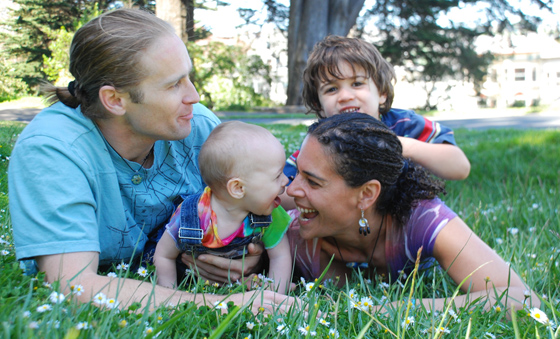 WE DID IT!  The Safe Public Places Bill has passed in both chambers of the Oregon Legislature and will be signed into law this week!  What a sweet victory!

Laudatory coverage of the successful passage of HB 3364 was immediate from key state media. From the Oregonian newspaper: “The Senate's 24-6 vote … is a significant victory for Beyond Toxics in Eugene, which drove the bill. It passed the House earlier and Kitzhaber's office said he would sign it, adding to [Beyond Toxics’] successful 2009 bill that required IPM for schools.”

No exaggeration!  Beyond Toxics researched the issue, wrote the language and fought hard to pass both bills that reduce pesticides in Oregon.  Both bills protect our children, public health, our salmon rivers and delicate ecosystems.  Both bills are likely the strongest bills in the nation creating government accountability, data-driven Integrated Pest Management programs, and verifiable goals to reduce pesticides in the environment.

What spurred us to take on the legislature, especially considering that we are a small non-profit based outside the influential Portland metro area and have never yet hired a lobbyist?

First, this is a human rights issue.  I get phone calls every month from people in nearly every county who have experienced harm from pesticide drift. Across the state, folks are begging for help and solutions. Beyond Toxics leads the Oregon Pesticide Action Workgroup and we take each call seriously.  Everyone deserves the right to be safe from chemical trespass. Every single one of us deserves to have our food and drinking water free of carcinogens and hormone disruptors.

Secondly, this is a science issue. We recognize mountains of evidence on the insidious harm to health and environmental integrity from pesticides. We are tirelessly working to protect salmon, bees, and the other creatures who cannot speak for themselves – they need non-polluted habitats too.

The chief bill sponsors were Representative Alissa Keny-Guyer of Portland, Senator Chris Edwards of Eugene and Senator Laurie Monnes Anderson of Gresham.  Keny-Guyer lent her considerable political weight to support the bill because of her concern over children’s health.

“I think there is a lot more awareness, and more data that have been done, to link the consequences of pesticides and harmful chemicals to cancers,” Keny-Guyer said.

The victorious day didn't stop with the victory in the Senate. I traveled on to the Triangle Lake area where I met with staff from the Oregon Department of Transportation about Beyond Toxics’ No Spray Highway36 project.  They were “impressed” with our “successful” project to manage invasive weeds without the use of herbicides. Following that I attended the evening town hall meeting for the Triangle Lake Investigation.  Federal agencies are looking into the finding of forestry herbicides 2,4-D and atrazine in the bodies of rural residents. I went to support our members and to speak up for an end to aerial pesticide sprays.

We fought to pass the Safe Public Places Act for all of us and especially for people like Dan and Denare in La Pine, where folks were poisoned by a roadside spray, and Vicki who gets sickened by pesticides and chemicals in the state building where she works.

As a result, Oregon is a leader in toxics use reduction, children’s health and the precautionary principle.